Vodacom and Safaricom have completed the acquisition of M-Pesa from Vodafone, including all brand, product development and support services rights. 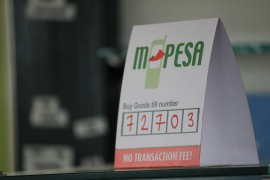 M-PESA processes more than a billion transactions a month

First announced in 2019, the acquisition will see Vodacom and Safaricom seize full control of the company as both new owners plan on an expansion into new African markets.

Its an internal move for Vodafone which has been a parent company of Vodacom since 2011, as it increased its stake to a majority over part-owner Telkom.

M-Pesa is the largest payments platform on the African continent with 40 million active users. It claims to process more than one billion transactions every month.

The service allows users to deposit money into an account stored on their mobile, to send balances using PIN-secured SMS text messages to other users, including sellers of goods and services, and to redeem deposits for regular money.

“This is a significant milestone for Vodacom as it will accelerate our financial services aspirations in Africa,” says Shameel Joosub, Vodacom group CEO.

“Our joint venture will allow Vodacom and Safaricom to drive the next generation of the M-Pesa platform – an intelligent, cloud-based platform for the smartphone age.”

Michael Joseph, outgoing CEO of Safaricom, adds that the new partnership will enable both firms to will allow us to consolidate platform development, synchronise product roadmaps, and improve operational capabilities.

In January, Vodafone announced that it would be departing from the Facebook-backed Libra Association to focus more of its attention on M-Pesa.

Vodafone said at the time that it would put the resources initially intended for Libra towards M-Pesa. The telecoms giant also stated its intention to break into Ethiopia with M-Pesa, where it’s yet to establish its presence.

“With the rapid increase in smartphone penetration, the evolution into financial services and the potential for geographical expansion, we believe the next step in M-Pesa’s African growth will be more effectively overseen by Vodacom and Safaricom,” says Nick Read, Vodafone Group’s CEO.