Mobile money is a major driver of financial inclusion, giving anyone with a phone and a SIM card the ability to save money and transfer funds without having to hold a bank account.

The medium has seen substantial success across Africa, and doubly so south of the Sahara. Competitors in the space are now trying to work together to create an interconnected payment ecosystem.

The peer-to-peer (P2P) money transfer service is one of a handful offered by firms dominating the region, including MTN Group, Globacom, Airtel, Vodafone, and PayPal. With 396 million registered mobile money users at the end of 2018, Orange holds roughly 11.4% of the market.

Deputy CEO at Orange Money Paul De Leusse speaks to FinTech Futures about some of the challenges the mobile money arm has faced from local banks since its fruition, and what the firm has planned in the year ahead. 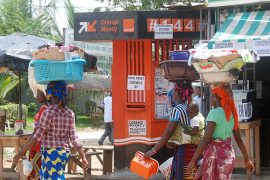 “Traditional banks didn’t react to what we did,” says De Leusse. Orange Money launched in 2008, he adds, and the banks have still done “nothing”.

Vodafone had kicked off M-Pesa – Africa’s first mobile money payment system – in 2007. Now Sub-Saharan Africa is the payment method’s biggest market, accounting for a staggering 45.6% of all activity globally in 2018, according to the GSM Association.

But the same local banks which De Leusse says have done “nothing” over the past decade in response to mobile money advancements are now threatened by the prospect of telcos teaming up.

“It’s difficult to get the permission of local banks, they fear we are creating something which is systemic,” says De Leusse. “So far all the central banks are very prudent about it.”

Orange Money, which launched in Morocco this week, teamed up with fellow telco MTN in November 2018 to create Mowali.

De Leusse says other big telcos want to make their mobile wallets competition-strong too, so that any African customer can send money between different vendors.

“If our systems fail, a big part of the economy would fail,” says De Leusse on part of the reason why the banks are worried about further telco expansion and connectivity across Africa.

“They are also worried about anti-money laundering (AML),” he adds, alluding to long-held fears that Africa is not yet built to tackle the issue on a large scale.

The Governor of the National Bank of Angola José Pedro de Morais told the Financial Times in 2016: “There is […] a lower risk of detection in African countries because our compliance programmes are often not as robust as they should be and in some cases simply ineffective.” 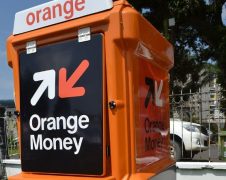 While De Leusse’s believes that the banks are doing “nothing” and that “competition is quite weak from central banks” regarding mobile money, several have changed their tactics in recent times to offer up a more open market to telcos.

Analyst at Sentio Capital Imtiaz Suliman told fin24 in February that the market structure is “more competitive than before [in 2015],” putting this down to the fact that major banks are well entrenched, and the market they are targeting has low disposable income.

The central banks of Nigeria and Kenya have now both issued licences for mobile operators to carry out banking services, aware that they can no longer simply rely on their own branch networks to tap customers.

“The business case for banks to continue to roll out branches is no longer there,” senior manager Tajudeen Omokide at MTN subsidiary Y’ello Digital Financial Services told Quartz Africa.

“Looking at the services people are doing in banking halls viz a viz the cost of infrastructure and security situation, a bank will gladly have customers served at an agent point.”

But mobile money providers are not necessarily staying within their lane.

De Leusse says Orange is set to launch its ‘Bank Africa’ later this year in Ivory Coast, with plans to follow this launch with one in Senagal.

As part of this launch, Orange Bank – which until now has headed up a rather different business arm for the company in Europe – has also been testing micro credit and micro savings solutions in Madagascar.

“Most of us [telcos in Africa] are considering launching micro loans, because we don’t see anyone else doing this,” says De Leusse.

Fintech lenders are already tapping this space in Sub-Saharan Africa, such as Branch, Tala, Jumo, OneFi and Mines.io. Some players have also teamed up across sectors to deliver micro loans too, including Jumo and MTN, and Safaricom and Commercial Bank of Africa.

De Leusse says Orange is mulling over providing micro loans in Europe too. Beginning at less than €100 to be paid back over just a two-month duration, the loans would then “progressively increase”.

Orange Bank France is understood to be accumulating 20,000 new customers a month, and De Leusse highlights that users interact with their Orange bank accounts two-three times a week, which he says is a notable difference to the challenger banks’ user activity metrics.

“We always try to mix the banking and telco worlds,” says De Leusse. “We try not to be like the banks on IT.” He adds that in the Spanish Orange Bank team a third focus on telco operations, a third on digital, and a third on banking.

Ultimately for telcos like Orange, their biggest rivals aren’t the banks, but Chinese and US Big Techs.

“Facebook, Alibaba and WeChat are what we fear most,” says De Leusse. 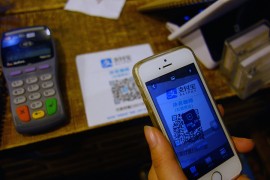 In 2017, Alibaba’s founder Jack Ma made a $10 million pledge to start an African Young Entrepreneurship Fund

Realising their success in other emerging markets, the likes of Huawei, Tecno, ZTE, Tencent and Alibaba are all making investments in major African markets like Nigeria and Kenya.

“Right now you could say that any big project in African cities that is higher than three floors, or roads that are longer than three kilometres, are most likely being built and engineered by the Chinese,” MORE Architecture founder Daan Roggeveen told Forbes last year. “It is ubiquitous.”

With Big Techs now hot on the radar of telcos that had – perhaps for too long – enjoyed an uninterrupted boom in the mobile money market, the onus is on the now-established telco firm to react to new and dangerous competition.