Rewire CEO: We want to be the financial marketplace for migrants

Traditionally, migrants have struggled to find a one stop shop where they can manage all their finances from both their home and host countries in just one app. Often they have as many as four accounts: a bank they receive their salary to, a money transfer service for transferring abroad, a savings service back home, and a short-term loan broker. This is where Rewire comes in.

Currently, the challenger offers two main services. The first is banking in Europe – including a current account and debit card, and the second is international money transfers to countries such as Nepal, Philippines, India, Nigeria and Kenya. 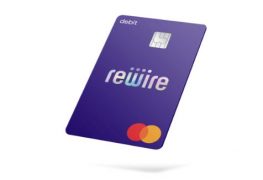 But starting in the first quarter of this year, the neobank is embarking on a series of “more unique” services which will provide remote financial services to migrants from their home countries through an application programme interface (API) architecture.

Co-founder and CEO Guy Kashtan tells FinTech Futures: “Eventually, we want to be the financial marketplace for migrants.” The first feature on the product roadmap is allowing Filipino customers to pay their social security insurance – which most Filipinos do quarterly – in the Rewire app. Right now the alternative is to physically send someone in the Philippines to do it on your behalf.

“Hosts don’t treat migrants like normal customers,” says Kashtan, “they assume that migrants don’t want to consume advanced financial services on a regularly basis” like native customers. Kashtan puts this disconnect down to a combination of language barriers and a lack of good credit solutions, which makes migrants too risky for advanced services.

“It’s a chicken and an egg situation,” he says, explaining that if financial institutions don’t make the first move to change this then nothing will happen at all.

Looking ahead, the neobank wants to partner with lenders and banks in migrants’ home countries so users can set up their first mortgages in their home countries remotely – something many do roughly three years after settling in their host country. It already has backing from BNP Paribas and the Standard Bank of Africa, which both took part in its $12 million funding round last March. 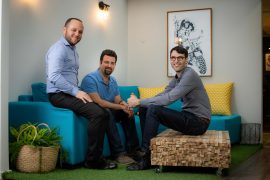 Kashtan says three of Rewire’s five founders – including himself – are Microsoft developer alumni. With a tech-heavy focus at its core, Rewire then went on to hire in the non-tech talent it needed to get properly up and running.

Kashtan says Rewire’s general manager for Europe Alex Bakir has been an integral part of the challenger’s growth across the continent. Bakir spent ten years as an adviser and investor in Silicon Valley, helping to build space firm Planet Labs before joining the bank’s fold.

Rewire has more than 100,000 customers to date and processes roughly $300 million a year. Its revenue margins rest on money transfer fees, but Kashtan says that ideally in three years time its money transfers will be free like its basic banking services, as the neobank would – in theory – be able to charge bank and lending partners fees instead.