Woilà, the Stockholm-based fintech which helps buyers’ get their money back on later reduced products and delayed train tickets, has raised $3.1 million.

The round will drive one of Woilà’s first capital-backed growth pushes since its creation last May. The focus will be on “existing and international markets”, as well as “new [product] verticals” and growing its ten-person team.

“If you have ever purchased something online – sorry to say – you have most likely been screwed,” says co-founder and CEO Wilhelm Schenning. “Not that you didn’t get a good deal at the time, just that things happen. Trains get delayed. Stores drop prices after big rushes on products. Woilà aims to change that.” 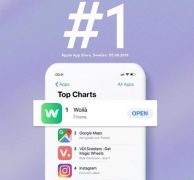 The fintech says it has processed $20 million worth of transactions since May 2019, which Woilà calculates as 1% of Sweden’s e-commerce market. Trailing a growth rate of 10% week on week, the Swedish start-up also says “more than half the users from the launch” have saved money on reduced prices post-purchase.

Woilà believes European shoppers are losing out on more than $10 billion each year in unrealised savings. “It’s hard to keep track of it as a private person. In some cases, prices can change several times a day,” co-founder Schenning tells Breakit.

The start-up explains how its technology works: “Each transaction is analysed by our algorithms, which sort the information and ensure that consumers get the best possible price after their purchase.”

Schenning says “saving cash after price reduction and delay is one part of it”, but the start-up is also looking at “multiple areas within financial services where savings, user experience and data enrichment are key” and where its platform “can come into play”.