Visa teams up with Nigeria’s Paga

Visa has partnered with Nigeria-founded start-up Paga to connect its networks to more African customers and collaborate on technology innovation for the continent, TechCrunch reports.

Lagos-based Paga holds more than 14 million customers across Nigeria, delivering them remittance, bill-paying and ecommerce services. The start-up has also expanded its presence across wider West Africa and Ethiopia – where it bought software development company Apposit in January – and Mexico, where it opened an office this year. 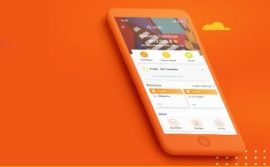 Paga customers will now be able to transfer money on Visa’s global network and get access to new merchant options such as QR codes and near field communication (NFC) payments, driving larger payment volumes for both companies.

“We want to digitise cash, that’s a strategic priority for us,” says Visa’s head of strategic partnerships, fintech and ventures for Africa Otto Williams. “We want to expand merchant access to payment acceptance and we want to drive financial inclusion.”

Visa’s recent 2020 Investor Day presentation dedicated several slides to “partnering with leading African players” in the continent’s start-up space, building on its already-established relationships with banks in the region. 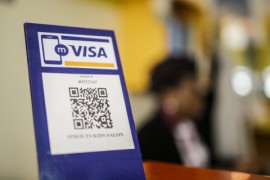 Competitors such as Mastercard are also attempting to tap Africa’s fintech space. In 2019, the rival invested $50 million in Pan-African ecommerce venture Jumia.

Paga’s founder and CEO Tayo Oviosu says the start-up is already well under way in its work with Visa, expecting to roll-out new payment options through the partnership around Q2 of 2020.

“There are several very large countries around the world in Africa, Latin America, and Asia where these [financial inclusion] problems still exist,” Oviosu tells TechCrunch. “So our strategy is not an African strategy […] We want to go where these problems exist in a large way and build a global payments business.”