Fintech firm Curve has joined a growing number of firms investigating the usage of numberless cards, launching a new range for the investors in its latest funding round. 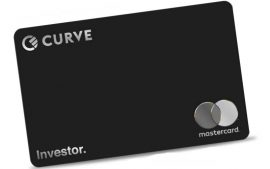 The new numberless card from Curve

The industry standard for debit and credit cards is the usage of the primary account number (PAN), a 14 to 16-digit number unique to each card.

Curve believes that it has decluttered its new cards and produced a “fresh looking and sleek design”. Users will be able to access the details of their cards on the Curve mobile application.

The investor cards still work with chip and pin machines or alongside contactless technology due to all necessary data being stored in the card’s chip.

All of those who participated in Curve’s £6 million equity crowdfunding round in September will be eligible for the new cards.

“PAN-less technology is the future for all payment cards, and we are truly very proud that Curve’s crowdfunding investors will be among the first in Europe to benefit from the technology,” said Nathalie Oestmann, Curve’s chief operating officer.

“Not only are these new investor cards more secure and easier to use, but the clean, de-cluttered and minimalist design is something we feel our investors are going to be very happy with.”

US technology giant Apple launched its Goldman-backed credit card without a PAN on the card body, expecting that a majority of payments on the account would be instead made through the Apple Pay mobile app.

Curve announced last month that it would be undertaking plans to open six new offices across Italy, Germany, France, Spain, Portugal and Poland.

Related: Nordic challenger Lunar adds $21.6m to its Series B