Over-the-top banking platform Curve has become the fastest start-up to reach £4 million on Crowdcube and has raised overfunding of more than £5 million, reports Jane Connolly. 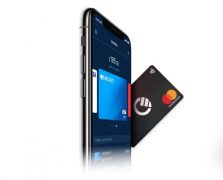 Curve also broke the record for the number of people investing in a campaign through Crowdcube, which was previously held by Chip with around 6,500 investors.

“Curve customers are the beating heart of Curve and the unprecedented success of our first ever funding round demonstrates their faith in the business and shows the world that people are ready for a revolution in finance,” says Curve founder and CEO, Shachar Bialick.

“We have been blown away by this record-breaking investment from the Curve community and we are delighted to welcome them on board our mission to move banking to the cloud and change the world of finance forever.”

Investments can start from £10 and investors receive a variety of benefits.

The fintech has seen incredible growth since it launched last year, attracting over 500,000 customers with its card and app that consolidates multiple cards and accounts. Curve has raised more than £60 million to date, employs more than 160 people across its London and Bristol offices and is on course to land its millionth customer by the end of this year.

Recent new products include 1% instant cashback at major supermarkets and retailers, along with Curve Customer Protection for purchases up to £100,000 and subscription-based features.