The Apple Card’s ‘elite’ status which levies higher interchange fees on merchants could be swiping away as much as half of some retailers’ profits this Christmas, Bloomberg reports.

Because the fees incurred by these elite cards are part of the cost of accepting credit cards, it’s the merchant which has to fork out to cover it rather than the consumer. 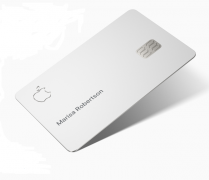 Retailers have no choice but to accept the fees

The reason for the higher fees is down to the generous reward programmes attached to elite cards, which for Apple Card users include 3% daily cash back “at select merchants” and real-time fraud alerts.

Pitched to retailers as a consumer pool with ‘more buying power’ because they will theoretically spend more, the elite card is designed to be a win-win. Bloomberg cites payment processor Auric’s research which reveals that since January 2018 the average purchase made with premium-branded Visa cards is $50 higher than those made with regular Visa credit cards.

“It’s almost like an arms race of who can offer the most rewards,” says VP for acquisitions at Auric Chris Ligan. “[But] the person stuck with the bill is the merchant.”

Because Visa and Mastercard similarly require merchants to accept fees on elite cards if they want to be able to accept any of the network’s cards, retailers have no choice but to accept the fees despite research it boosts spending for companies on average.

But if you’re a local corner shop where purchases are far smaller on average than those made at, for example, a high-end restaurant, profits are far more likely to get sliced or even halved as a result of elite card fees.

It’s a growing issue for retailers. The Consumer Financial Protection Bureau’s (CFPB) research showed that between 2015 and 2018 the share of credit card purchases made with a rewards card rose steadily to 80%.

Supermarkets in particular are taking a stand, arguing that spending in a food store by a regular versus elite card holder does not fluctuate much at all. Bloomberg says merchants “have begun arguing” over the need to categorise where elite card fees should and should not be incurred.

US supermarket chain Kroger Co. banned Visa credit cards in certain stores last year to take a stand against its elite card fees. The stores did resume accepting elite cards, but only after months of negotiations with Visa according to Bloomberg.

Merchant Advisory Group’s John Drechny concludes that “rewards were developed as a way for the networks to get more people to use the cards versus using other tender types like debit, cash, and checks” – i.e. designed for the benefit of the issuers rather than the consumers.

There is still a class of merchants fighting Mastercard and Visa now, originating from 2005 negotiations which saw retailers sue the networks for violating antitrust laws by inflating swipe fees.