Some Chinese banks may remain reluctant to lend to small businesses hit by the global slowdown due to the coronavirus pandemic, even as the nation ramps up monetary easing with its first cut to the interest rate on excess reserves in more than 11 years, according to S&P Global.

On 3 April, the People’s Bank of China (PBOC) cut the interest rate it pays banks to park funds with the central bank to 0.35% from 0.72%. The PBOC had last cut the rate in November 2008. Beijing also lowered the reserve requirement ratio by 100 basis points for rural and small city commercial banks, which have high exposure to rural and small businesses. It was the nation’s 10th reserve requirement ratio cut since the beginning of 2018. 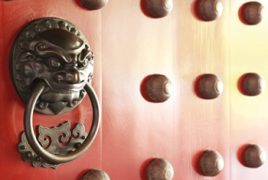 “This should in theory boost lending,” says Iris Pang, chief Greater China economist at ING Bank NV. But, “banks may not lend to small businesses. Instead, they may lend to companies or individuals with strong credit profiles,” she adds.

Pang’s comment highlights a dilemma facing banks in China of whether to heed the government’s repeated calls to lend more aggressively to small businesses, which means shouldering a potentially higher default risk.

It also poses a policy challenge for Beijing and other countries that are trying to keep as many small businesses alive as possible to hopefully avert a downward spiral of domestic demand, employment and thus, global trade.

Raymond Yeung, chief Greater China economist at ANZ, says: “There is no problem with market liquidity [in China], generally speaking. The big question is that there is a funding gap for small businesses, and money is not going to these borrowers that have a weak credit standing.”

In China, medium-sized, small and micro enterprises refer to companies with fewer than 2,000 staff, with some sectors having lower thresholds. As of 2018-end, 99.8% of China’s registered companies were those small businesses, employing 79.4% of the nation’s entire corporate workforce, according to the National Bureau of Statistics.

Based on 2019 earnings reports of listed Chinese banks, many large national lenders stepped up lending to small businesses, usually in the form of personal or private business loans, without weakening their asset quality. However, for smaller regional banks, it was the opposite in many cases.

For instance, Bank of China, one of the country’s six largest national commercial banks, says it issued 13.7% more personal loans in 2019, which include personal business loans, mortgages and credit cards. The nonperforming ratio of such loans fell to 0.57% as of end-2019, from 0.63% a year prior.

Related: The impact of COVID-19 on the Chinese market

On the other side of the spectrum are lenders such as Bank of Gansu, which primarily serves one of the nation’s poorest provinces, Gansu, and whose asset size is about 10% of the country’s largest bank, Industrial & Commercial Bank of China. As of 2019-end, Bank of Gansu’s nonperforming loan ratio of personal business loans rose to 14.08% from 4.77% a year earlier, despite issuing 7.7% fewer such loans during the period.

Although falling funding costs have not directly or substantially helped small businesses at this stage, analysts say cheaper loans will help the broader Chinese economy weather the current slowdown, first brought by trade tensions with the US last year and now by a looming global recession due to the pandemic.

Both Pang and Yeung note that many banks lend some of the freed-up funds in the interbank market to other smaller banks or nonbank lenders, or buy “risk-free” bonds such as debt backed by the central government. Both moves have helped bring down market interest rates.

“The problem is no longer about whether loans are cheap or expensive for small businesses. It’s about the availability of these loans,” Yeung adds. “And that’s probably the limitation of any monetary policy.”

The PBOC has cut banks’ reserve ratios 10 times since the beginning of 2018, with some of the recent reductions targeting smaller banks that have higher exposure to small and rural businesses. Those cuts have freed up CNY 7.75 trillion ($1.09 trillion) of liquidity in the banking system, according to official announcements.

Meanwhile, the central bank has tried to push interbank lending rates lower by injecting liquidity through open market operations, such as lowering interest rates on reverse repos and medium-term lending facilities, on an irregular basis.

Although these moves are marginally less and less effective to help the small businesses, the PBOC is expected to continue to ease the monetary conditions, Pang says. “This will send a signal to the market that the monetary policy is supporting the economy. … Also, lower interest rates will support the recovery of some companies and therefore help stabilise the economy.”

Stay up to date on the latest COVID-19 news affecting banks, fintechs and regulators across the globe.