We know it’s happening. Ant Financial and Tencent – Asia’s two largest Big Techs which are valued at a collective $625 billion – will be expanding their presence in Europe.

Last year, Ant Financial – which operates digital wallet Alipay and ecommerce store Alibaba – bought UK currency exchange giant WorldFirst, establishing its own, solid market connection between the two continents. Meanwhile, Tencent, which operates rival digital wallet WeChat, revealed it has its eyes on European merchants, having grown a network three and half times the size of the one it had in 2018.

The two have been building up their partner lists in the region. In January, Tencent invested in Paris-based challenger bank Qonto and French mobile payments start-up Lydia. That same month, UK-based remittance firm WorldRemit shook hands with Alipay so its users could send cross-border payments using the Chinese digital wallet. 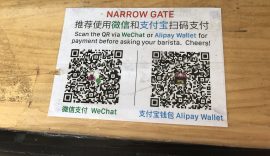 But will these digital wallets win over the European demographic? One of the important things Asia’s domestic digital wallets are out to prove is the superiority of QR codes over cards. Alipay’s QR code payments underpin 15 million of China’s small and micro businesses, and similarly large swathes of African and Indian businesses depend on them too.

Amid the coronavirus outbreak, Tencent and Alibaba are even helping the Chinese government use a traffic light QR code system to track citizens’ health. The three colours range from safe to travel, a seven-day quarantine, and a 14-day quarantine, all of which are tied to each user’s ID numbers.

Read more: The impact of COVID-19 on the Chinese market

But in some parts of Europe, QR codes do what contactless is already doing – which is replacing cash payments. One example is London and its cashless bubble, where it’ll be challenging to convince users to switch payment services to QR codes, especially if they do the same thing.

This is why you might think Asia’s Big Techs would be better off starting their European conquests in predominantly cash heavy countries like Germany. Then again, what about the 120,000 Chinese university students the UK is currently home to? This number, though seemingly small, grew by 13% last year, and offers a substantial user base for the Big Techs to start squabbling over.

And how will geopolitical considerations come into Europe’s decision to widely adopt more Chinese technology? Huawei has not been banned from the UK’s 5G networks, showing a push against US pressures to axe out Chinese Big Techs. The question simply remains whether negative reports on Chinese technologies sent over by our cross-Atlantic neighbours have already stuck. 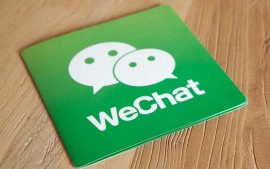 As for businesses, the UK is now the biggest recipient of Chinese investments in Europe, enjoying $38 billion of the country’s money between 2005 and 2017, with signs of those figures increasing year-on-year.

So, if European tech companies’ success rests on Chinese investors then they’ll be obliged to link up their offerings to the Big Techs, just as WorldRemit did this year, making consumer adoption in the region less of a barrier.

And why is it that Europe can’t quite get it together with its own $500 billion Big Tech to rival China and the US? Sweden’s Spotify and Germany’s Zalando, which held a combined market value of roughly $42 billion in 2018, are still way-off the likes of Tencent and Amazon. It’s largely down to a historic lack of mega funding rounds, which make the likes of Revolut’s much applauded $5.5 billion valuation last month look like child’s play.