FinTech Futures has collected some of the biggest headline-grabbing funding and investment rounds raised this quarter. 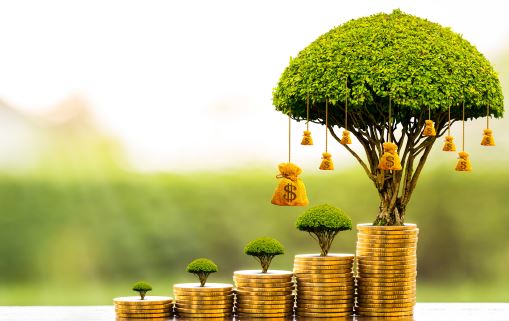 FinTech Futures has collected some of the biggest headline-grabbing funding and investment rounds raised this quarter.

The challenger closed its round of mammoth funding, which boosted the bank’s valuation to $5.5 billion, right behind its US challenger counterpart Chime ($5.8 billion).

The UK-founded bank has landed its $500 million Series D with the help of leading investor Technology Crossover Ventures (TCV), the early backer of Airbnb, Spotify and Netflix.

Bakkt, a digital asset services start-up, has landed an impressive $300 million Series B with backing from big names such as Microsoft’s venture capital arm M12 and Netherlands-headquartered fintech PayU.

With an immediate initial investment of $94 million, Xinja will then receive the remaining $161 million over a period of 24 months as it grows.

Payments processing firm Flywire has received $120 million in funding in a Series E funding round led by Goldman Sachs and announced the acquisition of healthcare technology firm Simplee.

The funding pushes Flywire past the billion-dollar mark and into unicorn status. The firm has raised a total of $260 million to date.

Dubbed the largest funding round ever for a French fintech by Qonto’s head of compliance Jean-Eloi Rateau, it follows just a few days after Tencent’s investment in fellow French mobile payments start-up Lydia.

iwoca, the small business lender, has landed €100 million ($109 million) in fresh funding from Insight Investment – one of the world’s largest asset management companies – to finance new loans to businesses across Germany.

Last year, the UK-founded lender doubled its headcount in Germany from 50 to 100, and it also made a promise to house at least 100 employees in the UK’s northern city Leeds by 2023, suggesting a significant amount of the capital will also go to internal expansion.

Cloud core banking firm Thought Machine has closed a Series B funding round worth $83 million.

The fintech is looking to expand beyond its firm market presence in Europe to take on further-afield markets in Asia.

Regulatory compliance and lifecycle management firm Fenergo has secured $80 million in funding and a post-money valuation of $800 million, with investment from ABN Amro and DXC Technology.

It plans to use the funding to continue building out its product portfolio and to provide a stable base from which it can launch mergers and acquisitions.

Starling Bank has raised £60 million in funding and is giving the shares to its 800 employees. The UK challenger secured backing from existing investors Merian Global Investors and JTC.

This brings the neobank’s total funds so far to £323 million. The capital raise follows two funding rounds last year led by Merian – also the backer of TransferWise and Klarna – which came to £105 million. The latest investment will be used by Starling to fuel “rapid expansion” and “disrupt[ion]” of the UK’s incumbent banking space with “genuine competition”.