Starling Bank has raised £60 million in funding and is giving the shares to its 800 employees. The UK challenger secured backing from existing investors Merian Global Investors and JTC.

This brings the neobank’s total funds so far to £323 million. The capital raise follows two funding rounds last year led by Merian – also the backer of TransferWise and Klarna – which came to £105 million. The latest investment will be used by Starling to fuel “rapid expansion” and “disrupt[ion]” of the UK’s incumbent banking space with “genuine competition”.

The challenger is launching in Ireland later this year, after Brexit uncertainty delayed its initial expansion plans. “It’s fair to say that the uncertainty has slowed us down, but now we have certainty and we are fully charged and ready to go,” founder and CEO Anne Boden tells the Financial Times.

Acquiring 1.25 million retail and business accounts since it was founded in May 2017, Starling now holds more than £1.25 billion in deposits. “We’re constantly innovating and have big ambitions to turn Starling into a world-leading digital bank,” says Boden in a company statement. 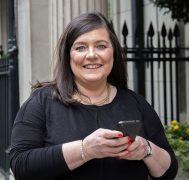 “The support of our existing investors represents a huge endorsement of our business strategy, as we continue to ramp up our growth,” she adds. The funding comes after Boden revealed last month that the bank is planning to float on the stock market in two years time and anticipates breaking even by the end of next year.

“We’re demonstrating a path to profitability that other digital banks have not, and we plan to break even at the end of next year,” Boden told the Daily Mail. In the year to 30 November 2018, which is the last period that Starling filed its accounts, the challenger had made a loss before tax of £26.8 million.

Merian Chrysalis Investment’s co-manager Nick Williamson calls the neobank “one of the most highly-regarded UK challenger banks”. “Its superior user experience is winning over retail and business customers and we believe 2020 is set to be a defining year for the business,” says Williamson. The bank’s employees will receive shares in the start-up once they have completed the standard probation period, the length of which the bank did not specify in its statement.

“We could not do this without the support of our 800 employees, who work so hard to provide a better banking experience for our customers, giving them more control over their finances. So I’m thrilled to be giving shares to them,” says Boden, who is Allied Irish Banks’ former chief operating officer (COO).

Read next: WhatsApp Pay to launch in India with initial 10m users