WhatsApp Pay to launch in India with initial 10m users

WhatsApp has been granted permission to roll out its WhatsApp Pay service across India following approval from the National Payments Corporation of India (NPCI). 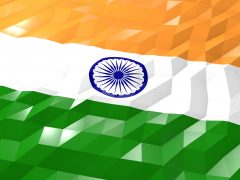 The Indian payments market is getting crowded

According to local publication Business Standard, the Facebook-owned messaging platform was given permission by the NPCI to begin its roll-out in a “phased manner”.

WhatsApp Pay will be rolled out to an initial 10 million users, followed by a country-wide roll-out. A source told Business Standard that there were a few compliance issues that needed to be ironed out first, but that a full roll-out should be expected.

India is WhatsApp’s biggest market, with more than 400 million users. The messaging platform trialled a payments service in partnership with HDFC Bank and ICICI Bank in February 2018.

Its system is based on the Unified Payments Interface (UPI), a real-time payment system developed by the NPCI and debuted in April 2016.

Facebook CEO Mark Zuckerberg told a company earnings call in late January that WhatsApp Pay is planning roll-outs in Brazil, Mexico, and Indonesia over the next six months.

See more: Paytm raises $1bn in fresh round of funding

According to analysis from JP Morgan, payments made via digital wallets are on the rise in India, representing around a quarter of all ecommerce payments.

The country underwent a de-monetisation programme, nullifying 500 and 1,000 rupee bank notes, aimed at curtailing a shadow economy, reduce the use of illicit cash and encourage different payment methods.

WhatsApp Pay will come up against a range of competitors in the market, including compatriot Google Pay, and Indian payments firms Paytm and PhonePe.

Analysis from the Economic Times of India reports that Paytm had around 16% share of total UPI transactions, while Google and PhonePe hold around 35% each. Around 143 banks are live on the UPI network.