Neyber, a Goldman Sachs-backed lendtech, has been bought by its biggest rival Salary Finance following reports the firm was in talks with administrators and attempting to avoid a total collapse.

The sale of Neyber, which works with firms like Royal Mail, Asda and TalkTalk to offer employees salary advances, was finalised on Monday  according to Sky News. 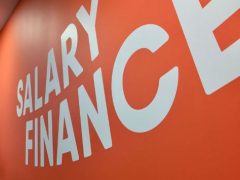 The firm denied it was in financial distress two weeks ago when reports first emerged it was talking to administrators about sale options.

Founded by former Goldman Sachs investment bankers Martin ljaha and Monica Kalia in 2014, Neyber went on to secure £100 million from the US banking giant in 2017.

But Sky News says its recent sale is “understood to have seen Neyber’s assets sold for a meagre sum”.

Goldman and Police Mutual have become small shareholders as part of the deal.

It’s expected that the deal, which comes with access to Goldman’s US presence, will give Salary Finance’s own US operations a significant boost.

Leading up to the sale, Neyber was holding talks with prospective investors for a quick funding round – including Salary Finance – as part of an effort to put off what now seems to have been the inevitable.

It is unsure whether Neyber’s entire workforce will shift over to Salary Finance, but the Financial Conduct Authority (FCA) is monitoring the sale.

The emergence of payday advance fintechs comes as traditional payday loan firms have progressively collapsed across the UK, starting with Wonga and then MMP and PiggyBank.