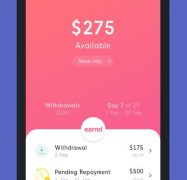 The acquisition marks Greensill’s move into payday finance. Earnd allows employers to give staff access to their wages during a pay cycle, rather than waiting until payday. Employers will subsidise part or all of the cost of Earnd, with the employee picking up the rest of the cost if necessary. Greensill has said it will not charge end users fees under its ownership.

Over the years the small and medium-sized enterprise (SME) lender has made its money by allowing a company’s supplier to obtain early payment in return for accepting a small discount on their invoice.

Bringing Earnd into its fold will see Greensill extend its services beyond the suppliers themselves to the suppliers’ individual employees.

The fintech start-up which will help the lender do that was founded by Australian entrepreneurs Josh Vernon and Serge Kotlyarov. At the time of acquisition, Earnd worked with 20 businesses including hotel operator Adina, retailers Best & Less and Greenlit Brands, and fellow fintech Tyro, serving a total of 10,000 employees.

Greensill says Earnd will act as a “springboard into Australia and the Asia Pacific region” for the lender’s payday finance product expansion, becoming the international brand for Greensill’s instant wages app.

Vernon will remain Earnd’s CEO. He says joining the Greensill family has enabled the fintech “to supercharge” its passion for giving hard-earners early access to cash and “take it to a whole new level”.