Greensill Capital, the UK finance company for supply chain companies, has said it needs to “think about the way that [its] capital is being delivered” following the announcement of a formal review into supply chain financing by the Australian small and medium enterprise (SME) ombudsman.

The lender, which counts former British prime minister David Cameron as an adviser and recieved $655 million in funding from SoftBank last year, has a strong presence in and around Sydney where one of its main offices is located. 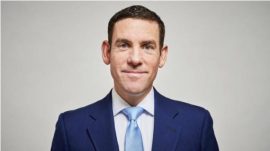 Kate Carnell, the inaugural Australian Small Business and Family Enterprise Ombudsman (ASBFEO), said in response to the pledge by Greensill to review its practices: “We are going to keep an eye on them [Greensill] but they are not the only ones.”

The formal review will look into the issue of larger companies offering supply chain finance arrangements as an option for earlier payment to suppliers, after the ombudsman revealed “there’s been a significant number of small businesses contacting the office in relation to supply chain financing issues”.

Carnell explains that reverse factoring – where a financier such as Greensill earns interest from buyers and suppliers by paying invoices on the buyer’s behalf early – is seeing some large buyers use it as a standard way to pay their suppliers, meaning small businesses are being forced to pay interest on what they should be paid in full upfront by the buyer in the standard industry time frame of 30 days.

“Reverse factoring should not be used so that big companies pay small companies slowly and for these companies to take a haircut to get paid on time,” says Carnell.

The ombudsman has said companies who leave it longer than a month to pay suppliers will risk missing out on government contracts.

“The truth is that until now we have basically said that it’s the company’s prerogative to decide how people pay their suppliers,”  CEO Lex Greensill tells the Financial Review. “Historically we haven’t told our customers how they have to operate their business – and that may change.”

But Greensill continued: “The focus of people like Kate Carnell has caused us to pause and say we actually need to think about the way that our capital is being delivered.”

The supply chain financier appointed former Australian foreign minister Julie Bishop as its senior adviser this week. Bishop furthers Greensill’s pledge to review its capital delivery: “We want to ensure that the use of our product aligns with our overall philosophy of supporting small business. There are ways and means of ensuring that alignment.”

Read next: FCA admits it does not track frequency of funds that block investor withdrawals