Metro Bank has signed a partnership with ezbob to create a new lending platform for small and medium-sized enterprises (SMEs). 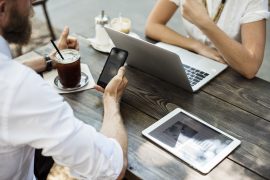 The bank says the deal will result in an online portal through which its SME customers can get loan acceptance in “a matter of minutes.”

Paul Riseborough, chief commercial officer at Metro Bank, says that for SMEs it’s crucial that they receive “quick, reliable access to finance” to help them “seize opportunities to grow.”

The new platform is due for launch in mid-2020, and promises to take customer from application through verification, documentation, offer and acceptance in the same day.

Tomer Guriel, founder and CEO of ezbob, says that the deal is a long-term one and will see the creation of a platform which covers “the entire lending journey, including all aspects of compliance, risk, and decisioning.”

Metro Bank announced that it would be cancelling the expansion of much of its branch network following a pre-tax loss of £130.8 million in 2019.

A planned 71 new branch openings will become 24 over the next three years, as profits at the bank fell £40.6 million in a turbulent year which saw the departure of both its chairman and chief executive.

Metro Bank remains popular with its customers, with the lender voted best in two of the four categories in the Competition and Market Authority’s (CMA) service quality survey.

Ezbob, based in the UK, is deployed by both American Express and Royal Bank of Scotland (RBS) for SME lending. The firm started out as a direct lender in 2011, but has since moved into offering its white label solutions to financial institutions.