Flywire’s CEO on unicorn status: “It means nothing until it is something”

Flywire, the Boston-based payments processor currently operating exclusively within the travel, health and education sectors, landed its unicorn crown last month with the help of backer Goldman Sachs. But to CEO Mike Massaro, this much-prized tech status “means nothing until it is something”. 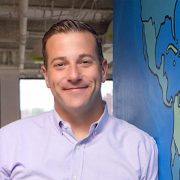 “I’m the most anti-unicorn terminology person, so it’s quite ironic,” says Massaro. “To me, it’s an interim step. It’s nice of course and gives validation to all our hard work, but the reality is we still have more work to do”.

This work includes its expansion into the health care sector, following its acquisition of health tech start-up Simplee. The sector is still in its infancy in terms of digital potential, giving Flywire – a company whose trade is digitising payment methods – a playground of opportunity in which to spread its business.

It’s an industry where people want to spend money, whether they have access to public healthcare like in the UK or Malaysia, or not like in the US, but where payment methods are still lacking in ingenuity and flexibility.

Massaro says one of the key pillars to Flywire’s success has been taking a sector by sector approach to payments, rather than going ‘pan-payments’ all at once. “People talk very broadly about payments, but the reality is that all these payments move differently.”

For Flywire, only 15% of the payments it processes are credit cards, with most actually being bank to bank transactions which require layers of extra software to initiate. 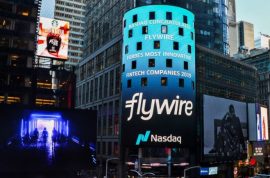 “There’s lots of tech companies burning through cash, but that’s not our business”

“You can’t swoop in and disrupt some of these more complex industries without a differentiated offering,” says Massaro. “That’s why our combination of software and payments is pretty rare in the industry right now.”

This also comes into Flywire’s business-to-business model. Instead of following in the footsteps of TransferWise or WorldRemit which help the payment sender, the fintech has focused its efforts on the payments receiver, using its business customers as a channel to consumers.

“There’s lots of tech companies burning through cash, but that’s not our business,” says Massaro. Flywire still refuses to publish its own financials, filing a report as recently as last month to the US Securities and Exchange Commission in which Massaro declines to disclose Flywire’s US profits.

Flywire has been listed as profitable since its Series B funding round as far back as 2013 according to PitchBook, and a filing held by Companies House shows that the fintech’s UK business made £174,453 in 2018, alongside £1 million in issued share capital.

Massaro says that instead of scraping together bumper investment rounds like many challengers trying to tap the far less profitable direct consumer market, Flywire has had the joy of saying no to a swathe of investors.

Related: Santander’s PagoFX to launch in Spring and rival TransferWise

“I’ve got good at saying no,” says Massaro. “I’ve had to say no to a lot of investors, simply because the company does’t need that much capital.”

For Flywire, its last three funding rounds, most recently its $120 million Series E, have taken just ten weeks to complete “from start to finish”. Massaro puts this down to looking for the right investors.

“Some players have been taking money from the highest bidder, which doesn’t necessarily lead to the smartest use or governance of capital,” he says, referring generally to some of the world’s challenger bank fundraises which include Revolut’s half a billion funding led by TCV. 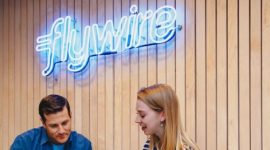 “We don’t try and say we know the future,” says Massaro on Flywire’s past pitches to investors. “We base our performance projections on past, short-term achievements, instead of predicted long-term growth with no history to back it up. That’s because investors appreciate candour.”

Last year, Flywire expanded into emerging markets such as Latin America and South Africa. The fintech is also open to breaking into more verticals, such as manufacturing, or import and exporting, where payments are in dire need of a digital overhaul.

The fintech started out making most of its money through transaction fees, but now there is “a growing SaaS component” to what it does as it becomes more specialised in certain sectors, giving it the ability to charge for a subscription-based model on top of these fees.

Now a growing team of 550 people spread across 12 offices, Massaro believes Flywire is in prime position to keep pushing its international expansion plan and further conquer space in sectors whose payment processes have long been neglected.

Read next: Public.com raises $15m with help of Will Smith and JJ Watt