Xinja Bank, the Australian challenger which accumulated $300 million in deposits just seven weeks after the launch of its 2.25% Stash savings account, has announced it is launching a Series D capital raise and it’s giving some customers the opportunity to buy in.

With a minimum investment on offer of AUD 20,400 ($14,000), which gets you 5,000 shares at AUD 4.08 ($2.70) per share, the neobank is opening its funding round up to “sophisticated or wholesale investors” which can also include its customers if they fit this criteria.

The new funding will drive the challenger’s lending business and help it build up its regulatory capital, as the bank “hits [the] pause button” on opening anymore 2.25% interest Stash accounts. The bank says halting this deposit growth will help it maintain the 2.25% interest rate it offers to current customers, as it experiences “unprecedented” inflows of money and responds to the Reserve Bank of Australia’s (RBA) decision to cut interest rates to a record low 0.5%. 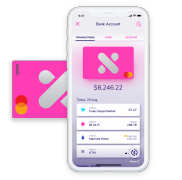 Xinja has more than 25,000 customers now and has already secured AUD 20 million of the AUD 50 million ($33 million) it seeks to raise in its latest Series D round, pushing up the bank’s total raised so far to AUD 70 million ($46 million).

Xinja has opened its investments to customers before, having raised AUD 5 million ($3.3 million) in previous equity crowdfunding campaigns (ECFs).

But the bank is unable to conduct another one of these as per Australian law which dictated from 2017 that companies with more than $25 million in assets can no longer hold ECFs, hence the carefully worded “sophisticated and wholesale investors”.

“We would like to have done another equity crowdfund to open this to all our customers,” says founder and CEO Eric Wilson. “However, equity crowdfunding regulation prevents us from doing that.

“As part of our recent submission to the Australian Senate Select Committee on financial technology and regulatory technology, we recommended that this restriction be lifted,” Wilson adds.

The submission points to the difficulties faced by fintechs such as Xinja which struggle to meet capital regulation requirements without ECFs, calling the current “appetite and funds available” to Australian start-ups “particularly limited”.

The bank mentions that its 2019 licencing operations cost it AUD 6 million in salaries and consultancy fees – notably more than its ECFs raised collectively.

Xinja wishes to remain independent, refusing to take any equity funding from major Australian banks like some of its peers.

The value of the neobank’s shares has seen a steady rise since it started out. The company says in January 2018, it sold shares at AUD 1.25, before selling them for AUD 2.04 a year later. Now the challenger sells its shares at AUD 4.08.