Dzing Finance, one of the UK’s latest neobanks yet to officially launch, has announced its beta this week through the App Store and Google Play.

In the works since October 2018, the challenger has been designed for international students, remote freelancers, overseas workers and travelers. It promises a “one minute, one click” account-opening process which does not require a UK address. 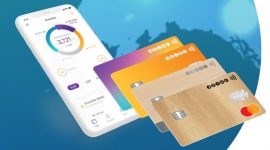 The challenger’s services are divided into three subscription plans

Dzing’s USP, besides focusing specifically on those who travel or need to transfer money throughout Europe, seems to echo the aims of other challengers in the saturated UK banking space.

“The traditional banking system was not designed to support today’s way of living, but Dzing is,” it states on its website. “Dzing was born to address your banking needs by providing speed, convenience, transparency, and fair rates.”

Its team of 15 includes interim CEO and chief product officer Maxim Kharchenko, who was formerly a global digital head of fintech at telco VEON, and chief technology officer Pierre Larsson who has previously worked for HM Revenue & Customs, Worldpay and the BBC.

The challenger’s services are divided into three subscription plans. The first is free, offering a basic Britsh sterling or Euro account with an IBAN, free EU and UK card delivery, multicurrency capabilities, free money transfers to any UK or a Dzing account, and a £200 free ATM withdrawal limit.

The price shifts up to £6.99 per month for an extra £200 in free ATM withdrawals each month, plus free money transfers throughout Europe within the Single Euro Payments Area (SEPA), up to £1,000 in free card-to-card (C2C) transactions and a recyclable card.

The challenger expects most customers to sign up to these two plans, but it also offers an ‘elite’ subscription for £50 per month. At a steep price increase, the card is designed for “a small group of customers” –  some of whom are already onboard, a Dzing spokesperson tells FinTech Futures.

The elite account will charge 3% to transfer anything over £100 from the UK to Europe, or if the amount is under £100, it will charge £25 instead.

The soon-to-be launched bank will offer three other features within these subscriptions too, including a ‘Dzing Refresh Mastercard’ which lets users shop online without leaving a digital footprint, a pay as you go phone tariff feature within the app, and a virtual card for online and offline spending.

Dzing says it is authorised by the Financial Conduct Authority (FCA) as an electronic money service under the Electronic Money Regulations 2011 (EMRs), and is working with Wirecard to issue the cards.