PaySend, a UK-founded international money transfer start-up, has partnered with Pakistan’s JS Bank to launch the ‘Freelance Wallet’ for freelancers working in Pakistan.

Pakistan is the fourth fastest growing global economy for freelance worker revenues, seeing a 47% increase between August 2018 and August 2019 according to a report by financial services company Payoneer. The South Asian country was just 1% behind third placed Brazil.

The co-created digital wallet, which will be branded as JS Bank’s own service, allows payments to be sent by just using a mobile number. This is due to the lack of a stable payments infrastructure in the region. 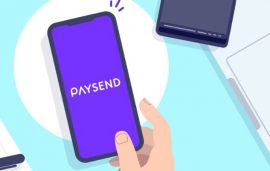 The race to create a digital wallet is heating up in countries such as Pakistan yet to be dominated by an Alipay or an Apple Pay. FinTech Futures spoke to VEON, a telecommunications company trying to popularise its own digital wallet in the region called JazzCash. Many authorisation processes still rely heavily on paper ID which makes setting up a digital wallet very difficult.

This is why JazzCash, just like JS Bank’s Freelance Wallet, is helping people get around this by matching people’s phone numbers with themselves as a form of authentication to expedite the otherwise long and convoluted process.

PaySend, which now has 1.4 million international customers, says the new digital wallet it’s created with JS Bank gives “a new level of security and speed” to freelancers. “Doing freelance work can be stressful without the right tools to ensure seamless administration,” says PaySend’s CEO Ronald Millar. “This new solution will help to empower freelancers across Pakistan by allowing them to manage their money from their smartphone.”

But as well as sharing their phone number, freelancers will still have to visit a JCash branch to provide biometric authentication.

JS Bank’s country head of branchless banking and digital implementation Noman Azhar says the creation of a digital wallet is “in line” with the state bank’s strategy which is “working aggressively on increasing the value proposition in the international remittance space”, calling the wallet “a game changing initiative”.

Read next: Bankable and Visa extend partnership with US collaboration