Canadian financial planner Finally to launch in May

Finally, a Canadian-based fintech gearing up to offer consumers a free financial planning service, is set to launch in May.

The start-up was founded by Santiago Larrarte and Lineker Tomazeli. Larrarte tells FinTech Futures he spent years working for the likes of Citi, Scotiabank and, most recently, for RBC’s venture arm which he left in August last year. 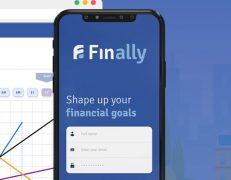 Originally from Colombia, Larrarte moved to Canada eight years ago for his MBA. At the age of 30, and after graduating from Quebec-based McGill University, he had $130,000 dollars of debt and no plan for how to tackle it.

In search of advice for how to deal will the debt and provision for retirement, Larrarte found that financial advisers in Canada were hugely inaccessible for large brackets of the country’s population.

With one meeting costing you on average CAD 2,000 ($1405) if you can’t prove your household income is collectively more than CAD 150,000, he immediately hit roadblocks in obtaining some basic, sound financial advice.

This is what pushed Larrarte to found Finally. He essentially wanted to make financial formulas readily available and democratised for the nation.

“I developed an Excel spreadsheet which allowed me to understand which financial goals would be feasible based on my monthly budget and based on the expected timeline I had to fulfill each goal –  eventhough I still owe CAD 50,000 in student debt, I now own a car, and a house, and I’m happy with that.” says Larrarte.

This is the rough model on which Finally is based. It will allow users to run several financial goals at the same time – be that a mortgage, a deposit, saving up for a new TV, or a holiday.

The advice the fintech offers customers on how to distribute their excess money after monthly bills will be totally free, and the version which launches on 15 May 2020.

“It’s nice to have the tools to figure this out for free than having to pay extortionate amounts,” says Larrarte.

The start-up is aiming to release further, paid services a few months later after the launch of its free offering.

These will include Finally moving money automatically to users’ accounts for them, and potentially even a cashback programme designed to help incentivise customers to save.

The fintech says it has partnered with the Visa-acquired Plaid to develop the the bank account integration solution.

Prices for these value-added services have not been set in stone, but according to Finally’s website the auto-saving will cost users CAD 9.99 a month, and everything plus the cashback programme will cost CAD 19.99 a month.

Asked about its competitors, Larrarte says there are a few trying to offer cheaper financial planning alternatives but the customer experience is not up to scratch.

“I logged in, paid for it, and one asked me 40 questions then, instead of giving me a plan, told me I get a call with an adviser to walk through the plan,” he says.

“This is a big pain point – people don’t want to tell strangers how badly they’re doing with their finances.”

Currently Finally is doing user testing, and it’s also considering developing a product comparison tool so users can compare different savings accounts on the Canadian market. This makes sense, as most or all of the plans will likely recommend getting a savings account.

Larrarte clarifies that Finally will not be acquiring any deposits, but it will deploy know your customer (KYC) and anti-money laundering processes to vet users.