Corporate card provider Brex has acquired three separate firms in a quest to add “meaningful engineering and product talent” to its ranks. 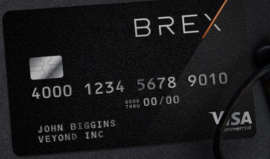 Brex has raised $582 million so far

The firms in question are Neji, a start-up focused on blockchain and networking technologies; Compose Labs, which operates video experiences and educational platforms; and Landria, a firm producing internal knowledge databases.

All three of the acquired companies are based in San Francisco.

According to Brex, Neji specialises in addressing the security and networking challenges of scaling distributed ledgers across hybrid-cloud and multi-cloud deployments and will help it “redouble its security, privacy and risk posture.”

Compose Labs will be integrated into the Brex ecommerce platform and will “expand the quality and sources of underwriting data” and help the firm build on expansion projects.

Landria will be built into the core infrastructure of the Brex card offering.

“We look forward to bringing the talented team members at Neji, Compose Labs and Landria onto the Brex team”.

Brex launched what it called the first-of-its-kind corporate card for start-ups in June 2018, and raised $100m the year after to reach a $2.6 billion valuation. The firm has raised $582 million since its 2017 founding.