Revolut heads stateside with US launch

Revolut has launched in the US, offering new users access to its mobile application and debit cards via a partnership with Metropolitan Commercial Bank. 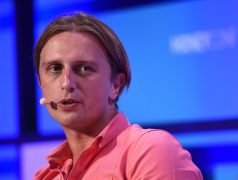 Starting today, customers in the US can set up a Revolut account via the fintech’s “Financial Super App” on either iOS or Android.

Metropolitan Commercial Bank will act as a guarantor for the accounts, which are covered for up to $250,000 by the Federal Deposit Insurance Corporation (FDIC).

Revolut has hinted at a US launch since 2019 and claims that it already has “tens of thousands” ready to join up. It operates offices in both New York and San Francisco.

Its US customers will have access to all the features available for existing users, including newly-launched gold trading.

“As the cost of living increases disproportionately to people’s take-home salaries, now more than ever, people need to know exactly what is coming in and out of their account,” says Nikolay Storonsky, founder and CEO.

He adds: “The world is becoming more connected, and financial services should be supporting this notion, not hindering it.”

Revolut’s European operations are underpinned by a banking licence issued in Lithuania. The fintech is reportedly gearing up preparations to land a UK licence by the end of 2020.

The fintech unicorn had to go public to correct rumours that it was on the cusp of going bust. Storonsky blamed volatile market conditions which he says are fuelling rumours and false information.

A drop in fortunes would raise eyebrows considering the firm closed a $500 million funding round in late February.

Revolut’s partner in the US, Metropolitan Commercial Bank, is headquartered in New York and holds a banking charter in the Empire State.

Founded in 1999, it operates eight branches across its home state and holds around $3.3 billion in assets under management.

Related: Revolut loses CFO after six months in the job