Tandem Bank is just a few weeks away from announcing a much anticipated funding round according to people close to the UK challenger’s deal, as reported by Sifted.

The capital raise comes nearly a year after the first reports that it was taking place. In April 2019, the bank was tipped to be the next unicorn by the Financial Times, which reported Tandem was in the process of putting together a round that would top the £80 million it raised in 2018.

Yahoo Finance UK then reaffirmed this information, quoting a Tandem spokesperson who said it was poised to announce a “large” funding round in the last quarter of 2019. Finally on the horizon, it seems the figure raised is closer to £50 million, instead of the expected £100 million, suggesting the neobank will come up short of a one billion valuation. 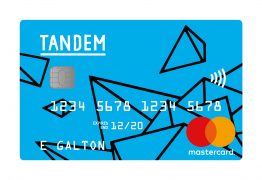 Tandem is introducing a £5.99 monthly fee from March 2020 for its credit cards.

The challenger made a major change to its executive team last month, as its chief technical officer (CTO) Paul Clark stepped down. This means the CTO position will have to be filled for the second time in three years, after Clark took the helm in 2017.

Tandem’s founder and CEO Ricky Knox tells Sifted that the bank’s chief data officer (CDO) Noam Zeigerson will take over Clark. “We’re moving to a phase where we’re doing a lot more automation […] and Paul decided it was time for him to go and find another challenge,” says Knox.

Having announced its Hong Kong expansion plans last year, the bank has already settled six full-time employees in Asia ahead of its pre-paid card launch. The bank is also understood to be discussing a major acquisition with one of Hong Kong’s digital banks.

Knox says the imminent investment will be “decent-sized”, declining to comment on timings or exact figures. He says Tandem is “very close to profitability”, pitting it in the running against Starling Bank, a fellow UK challenger which has announced its plans to reach profitability by the end of next year. 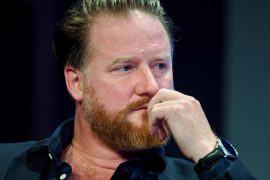 As part of its profitability plan, Tandem is introducing a £5.99 monthly fee from March 2020 for users of its cashback credit card. But many of the neobank’s customers publicly announced on Twitter that they would quit the start-up following the changes. One customer wrote: “Looks like it’s time to cut up my @Tandem_Bank card. It was fun whilst it lasted.”

The credit card plan costs £72 per year, more than double the £25 it costs to have an American Express Platinum card. Knox defends the move: “We ended up attracting the wrong customers […] The people who are good at saving money are actually the people who are f**king loaded […] We realised we were going to have to let those guys go. They were losing us money.”

When asked about RBS’ launch of its digital challenger bank Bó, which is focusing on the same non-saving audience, Knox says “it’s a carbon copy of our business model”, pointing out that a lot of the design team at Bó are early Tandem alumni. “Bó’s product looks almost exactly like ours did before we launched it and realised half that s**t didn’t work, which is quite funny,” he adds.

Read next: Nordic API Gateway CEO: Fintechs trying to be European too fast