Nordic API Gateway is the Nordic fintech delivering banks’ account to account payments (A2A). Co-owned by Danske Bank, the fintech has swept up a whole host of major bank customers including OP Financial and DNB.  The company also operates Spiir, a consumer money manager app which has 320,000 customers.

Founder and CEO Rune Mai sat down with FinTech Futures to discuss the fintech’s growth across the Nordics so far, and its imminent expansion into 17 more European countries over the next five months. 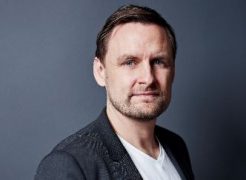 Fully live with A2A payments in all Nordic markets, Mai says the fintech has been “fleshing out an infrastructure across the region that can be used by financial institutions to retrieve data and deliver payments”.

“We’ve built something which actually works in the Nordics,” says Mai. “We screen everything from the outside, spending massive amounts of time between banks’ and Nordic API Gateway’s development teams to bring the technology into a stable state.”

Mai notes that many fintechs’ strategies place too much emphasis on the urgency to expand across the continent, before they’ve actually perfected their product and understood where it will perform best. “Some of them are trying to be European too fast,” the founder says. “Once you have your form like us, scaling is so easy. With a product in a stable mode, it’s far easier to use, it’s compliant and bank partners will be far more onboard with it.”

Read more: The digital drive to replace the passport in financial services

For Nordic API Gateway, its European expansion is based purely on market demand. “Open banking has a tendency to be focused on how to do stuff globally or do it pan-European, but you need to have a market by market approach,” says Mai. The fintech has had requests from banks in Poland and the UK to expand its business there, so it is now weighing up whether to expand to these two countries first.

Whereas looking at somewhere like Germany, Mai says it has a 60 million online population and very low card adoption rate – meaning people are still using cash in large areas of the country. With open banking only just starting to happen there, the fintech recognises the demand for its product is still too low. 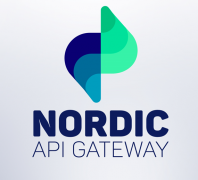 “Banks are starting to see their own interfaces as an asset rather than a single transaction,” says Mai

Doing your homework on the local culture can be a key to long-term success in the region. Mai uses Uber as a negative example of growth, having used its capital to expand only to be forced out by countries whose regulations and local markets it had failed to understand.

Part of Nordic API Gateway’s expansion, and the expansion of any fintech whose product relied on an open infrastructure, depends on the flexibility of banks to plug into its APIs. Part of this means a complete rethink for banks on their budgets to cater towards fluid rather than one stop projects.

“Banks are starting to see their own interfaces as an asset rather than as a single transaction,” says Mai, acknowledging that “connecting APIs to banks’ systems is taking longer than anyone would expect”.

In the Nordics, the fintech has been spending a lot of time trying to mature the Second Payment Services Directive (PSD2) interfaces, and part of this has been banks realising that they can’t just build APIs and expect them to run themselves. “If they do, they’ll just get massive requests from third party providers (TPPs) for things to be fixed,” says Mai.

“It’s been really hard for them to allocate the right resources and be quick enough, which means we’ve both been working overtime on these interfaces,” he adds. Looking ahead, as well as its European expansion Nordic API Gateway will soon be announcing a new partnership with a major Swedish bank – whose name Mai cannot reveal yet.

Read next: Rewire CEO: We want to be the financial marketplace for migrants