Elavon, the merchant acquirer and subsidiary of US Bancorp, is set to offload its Mexican operations to multinational banking group Santander. 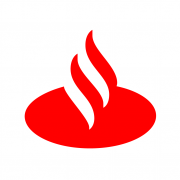 All Elavon employees in Mexico will transition to Santander

All Elavon team members in Mexico, as well as operations and customer relationships, will transition to Santander as part of the deal, which is expected to close “in the next few weeks”.

Jamie Walker, CEO of Elavon, says that the firm is “always looking at ways to optimise our existing operations to create value and invest for the future.”

The two firms also worked together on the provision of 1,100 cashless terminals for The Royal British Legion’s 2019 Poppy Appeal.

Walker continues: “This agreement is a mutually-beneficial opportunity that will allow Santander to operate the business holistically and allow Elavon to focus investments in higher growth opportunities in other markets in the United States, Canada and Europe.”

Elavon recently acquired UK payments gateway Sage Pay in a £232 million deal designed to increase its influence in the UK and Ireland.