In this newly created role, Burgess will lead the strategy and deployment of P2P payments worldwide, bringing new payment services to customers that are fast, simple and safe to use.

She joins the bank from Apple, where she was providing direction for the launch of Apple Card, in conjunction with Apple’s and Goldman Sachs’ product, engineering, marketing and operations teams. She also expanded the global launch of Apple Pay in Europe and Asia, enabling e-commerce platforms, and increased Apple Pay’s reach to hundreds of thousands of merchants. 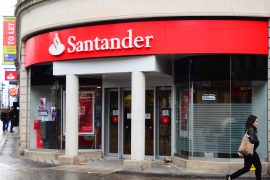 In this newly created role, Trish Burgess will lead the strategy and deployment of P2P.

Burgess will report to Chirag Patel, global head of Santander Digital Payments, and will become part of a strong global payments and digital team at the bank which includes a roster of banking and technology executives formerly from companies including Google, Amazon, PayPal, Facebook, and Netflix based in Madrid, London and Silicon Valley.

Her role in the team will focus on delivering improved customer experiences and increasing P2P usage across Santander.

Patel states: “Trish’s appointment as head of P2P highlights our commitment to delivering best-in-class payments solutions for our customers. Her fresh thinking is invaluable to the team as we forge ahead with our ambition to responsibly serve the financial needs of one billion potential customers and businesses in Europe and the Americas.”