UK-based payments gateway Sage Pay has been acquired by Elavon in a deal worth an estimated £232 million. 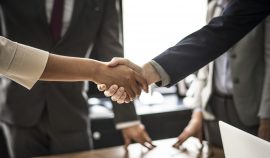 Sage expects a £180m profit from the deal

Elavon, which is the fourth-largest merchant acquirer in Europe, aims to increase its influence in the UK and Ireland, particularly among small and medium enterprises (SMEs).

Sage Pay formed following the 2006 acquisition of payments firm Protx by Sage Group. A 2009 rebrand and launch in Ireland followed. The service launched in Germany in 2012 and Spain in 2013.

Elavon has been a subsidiary of bank holding company US Bancorp since 2004. It has a presence in 30 countries and claims to support the payment needs of more than one million merchants.

“We are a customer-focused company that is helping businesses succeed in a global marketplace that is changing rapidly,” says Hannah Fitzsimons, president and general manager of Elavon Merchant Services, Europe.

“This acquisition brings tremendous talent and leading technology to Elavon, which can be leveraged across the European market.”

Steve Hare, CEO of Sage, adds: “Payments and banking services remain an integral part of Sage’s value proposition and we will deliver them through our growing network of partnerships, including Elavon.”

Sage expects to report a statutory profit of approximately £180m on completion.

Completion of the transaction is subject to Elavon obtaining regulatory approval by the board of governors of the Federal Reserve System in the United States as well as the Central Bank of Ireland, and is expected to occur in Q2 2020.

Elavon has made two other acquisitions in recent years, snapping up Miami-headquartered CenPOS in January 2019 and Virginia-based fintech Electronic Transaction Systems (ETS) in September 2018.