OpenWrks, the open banking provider, has announced its partnership with Snoop, the consumer champion app founded by a band of Virgin Money executives.

The app will use OpenWrks to connect its customers’ current accounts and credit cards to the money-saving platform, giving it a window into consumers’ spending so it can calculate how much it can save them. 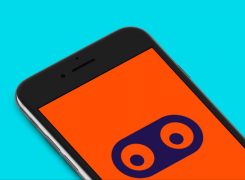 Yet to go live, Snoop secured approval from the UK’s Financial Conduct Authority (FCA) last November to become an “information service provider”, and plans to go to market in the first half of this year.

Co-founded by Dame Jayne-Anne Gadhia, who was Virgin Money’s CEO and is now CEO of Salesforce, the start-up has also been endorsed by Virgin Group founder Richard Branson.

In a previous interview with FinTech Futures Snoop’s CEO John Natalizia explains how the platform works through the example of a utility bill. If it goes up slightly one month, Snoop can spot this through its visual on open banking and then suggest three or four alternative, cheaper providers.

“[We’re] trying to change the model so the cognitive load isn’t on the consumer,” says Natalizia, who confirms there are “thousands of people signed up and waiting” for the first version of Snoop’s app.

“Snoop will help consumers find better deals at the touch of a button and put a large chunk of the loyalty penalty suffered by consumers, estimated to be some £12 billion, back in their pocket,” adds Natalizia.

OpenWrks CEO Olly Betts says its technology will help Snoop by “automatically identifying regular spending on certain bills, subscriptions and opportunities to reduce those costs, potentially through switching or by unlocking loyalty discounts”.