The Australian Competition and Consumer Commission (ACCC) has pushed back the government’s start date for its open banking reforms by six months following “technical hiccups”, The Sydney Morning Herald reports.

Now with the first iteration of the Consumer Data Right (CDR) regulation not coming into force until July 2020 instead of the anticipated February deadline, fintechs will have to wait half a year longer before incumbent banks’ customers will be able to have their data shared with third parties. 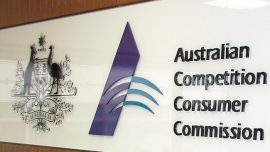 “As is not unexpected with a major IT infrastructure build, there are just issues arising […] that are taking time to work through,” says ACCC commissioner Sarah Court.

“We at the ACCC have formed the view that because of these potential issues, and because we want to take time to work through them properly, that it’s better to push out the start date to allow the whole ecosystem to really have undergone that […] more extended security testing.”

The independent government authority says it’s still making sure the “pipes” carrying data from banks to fintechs are working properly.

“[Banks are] quite understandably extremely concerned about cybersecurity and the potential for this new system to introduce some weaknesses into their IT defence systems,” Court adds.

At “varying stages of readiness”, the ACCC did not put the six month regulation delay down to any particular bank or financial institution.

FinTech Australia, a collective that is building an ecosystem of Australian fintechs, expressed disappointment with the push back, and in a submission to the Senate Select Committee into financial and regulatory technology it noted skepticism around the roll-out of open banking.

“In particular, FinTech Australia members have noted that it [the open banking regulation] favours incumbents from the perspective of the cost to comply, the timing of the roll-out and the fact that only very limited companies have been invited to test the system,” the submission reads.

“One FinTech Australia member noted that even during the consultation phase it felt like there was little opportunity to participate as even in the roundtables it seemed clear that they were only looking for submissions from the ‘big four’.”

Currently ten fintechs have been chosen by the ACCC to take part in the open banking testing, but FinTech Australia has called for more fintechs to be included in the tests “to facilitate the development of services to consumers”.