Signicat, a Norwegian digital identity and electronic signature solution provider, has appointed a new CEO and chairman to accelerate its international expansion across Europe.

The 2007-founded firm works with a range of banks including Rabobank, Allianz and Saxo Bank, as well as Norway’s largest financial services group DNB and a host of fintechs including Klarna and Lendino.

The CEO of Signicat is Asger Hattel, who was previously the CEO of Nets’ merchant services. Current Signicat CEO and co-founder Gunnar Nordseth will remain a shareholder and move to “a senior business development role”. 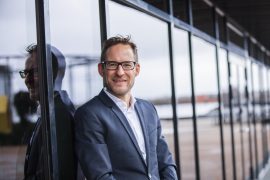 Hattel spoke to FinTech Futures earlier this week about the importance of digital identity verification, saying the internet and the digital economy have “destroyed” customer trust. Only in acknowledging that fact can financial services firms make progress on winning back their users, he surmised.

“However – at least based on our research – there’s one institution they trust above all others: banks,” Hattel continues, “banks, who are held to the highest data protection standards, are trusted by 50% of consumers, putting them in pole position to solve this problem.”

The two new appointments are intended to help Signicat break out of the Nordics into wider Europe, where it will hope to work with more fintechs and banks to rebuild and reinforce the concept of trust online.

Previous CEO and co-founder Nordseth says Signicat chose Hattel as the new CEO because of his experience in growing companies internationally.

“We have now come to a phase where I want to hand over the leadership reins to a leader with greater experience in international expansion, and in scaling the business to the benefit of current and future customers,” says Nordseth in a company statement.

Read next: Mastercard and Doconomy bring carbon tracking to Bank of the West and Nordea