Mastercard and sustainable banking service Doconomy have extended their partnership to give Mastercard users with two more banks the ability to track the carbon footprint on their purchases.

US-based Bank of the West, a subsidiary of French banking group BNP Paribas, and Nordea will offer customers a carbon tracking feature in their banking apps. 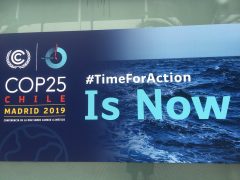 The 2018-founded sustainable banking service uses the Bank of Åland’s cloud-based index to connect each transaction category to its impact on the planet, analysing data provided by a newly formed partnership with S&P Global’s climate change risk assessor Trucost.

The Bank of the West is the first US bank to join the climate-friendly project.

“Addressing climate change is bigger than any one company,” says Mastercard’s divisional president for the UK, Ireland, Nordic and Baltics Mark Barnett. “This is an important next step to continue progress and move from promise to action.”

The multinational card issuer has also made an equity investment into Doconomy to scale its expansion of the carbon tracking platform.

“We see this as a milestone moment in battling climate change,” says Doconomy CEO Nathalie Green. “We’re putting even more power in the hands of people to have an impact on their – and the planet’s – future.”

Mastercard and Nordea are also working with Finnish start-up Enfuce, which offers a similar service to Doconomy and the Bank of Åland.

Enfuce bagged a €10 million investment last month which saw Nordea as one of its investors and says it’s worked with Visa and Amazon Web Services (AWS) on its carbon tracking product which won’t be released until the New Year.