The European Union has decided on a set of rules and classifications which will determine whether financial products can call themselves “green” or “sustainable”.

In a bid to reinforce the growing market’s validity and tackle issues of ‘greenwashing’, which see companies mislead consumers on what is actually sustainable, the rules state that companies will have to reveal the proportion of their investments which are eco-friendly. 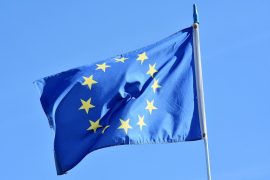 The rules will make coal ineligible as a sustainable investment

Lawmakers and national government representatives have agreed following extended talks in Brussels to classify products against three levels of greenness. To get to this outcome, firms will be required to provide full disclosure of all financial instruments.

The rules will make coal ineligible as a sustainable investment, and after heated debate the EU is also likely to exclude nuclear energy under a “no harm” test.

Financial products which fail to meet the commission’s criteria will have to include a disclaimer “to clarify that their investments are not screened for sustainability effects,” the Green Party says.

Read more: Building a digital atelier: How fintechs are disrupting the fashion industry and combating waste

“With credible and ambitious definitions for sustainable investment, the EU will lead the world in sustainable finance,” says Green Party lawmaker Bas Eickhout, who led the project. His party had said attempts by EU member states “to politicise the environmental criteria in order to include their own national industries” were resisted.

The rule book could determine anything from how products are labeled right down to how central banks decided to direct their asset purchases.

EU commissioner for financial services policy Valdis Dombrovskis said the agreement on universal classifications is proof of “the increased ambition of the new commission on financing the green transition”.

The deal is yet to be confirmed, and final definitions will be decided on by a panel of experts.

For Sébastien Godinot, WWF European policy office economist, the plan is “still not the full taxonomy we are calling for”, but “it is to the credit of the negotiators that they found balanced compromises on sticky issues like disclosure”.