EXCLUSIVE: The internet and the digital economy have “destroyed” customer trust, and only in acknowledging that fact can financial services firms make progress on winning back their users. 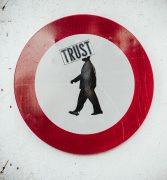 Consumer trust is the banks’ to lose, says Signicat CEO

That’s according to new Signicat CEO Asger Hattel, who tells FinTech Futures that the anonymity of an online world has created a situation where anyone can masquerade as anyone else: “As the old adage goes – in a digital world, no one knows you’re a dog”.

“Educating customers and arming them with tips on recognising fraud – businesses and consumers alike – will help prevent suspicious transactions,” he says. “But we will only start making a real dent in the rise of fraudulent activity when we acknowledge the heart of the problem: The internet has destroyed trust.”

Unfortunately, doing business online requires an inherent need for trust, adds Hattel, and it needs to be achieved in a market where fraud “is increasingly sophisticated, and the regulations to mitigate risk are constantly changing.”

Related: The identity challenge  how can banks know who’s who?

Technology giants and bigtech firms have been hailed as potential solutions to this problem. “Bigtech has been pegged as the saviour of the age-old digital identity problem – verifying a person’s identity online in a way that doesn’t alienate customers,” says Hattel. “The global scale of bigtech platforms has fuelled the notion that big tech companies are the natural solution to this problem.

“However, big tech companies lack consumer trust. In fact, only around 2% trust bigtech to manage their digital identity data.”

In the wake of Cambridge Analytica and ongoing questions around the use of facial recognition, Hattel believes there’s a widely held view that consumers are wary of trusting businesses with their data. “However – at least based on our research – there’s one institution they trust above all others: banks.”

“Banks, who are held to the highest data protection standards, are trusted by 50% of consumers, putting them in pole position to solve this problem.”

But are banks coming around to the idea that digital identity is more than just a password and username?

“Yes they are,” says Hattel. “Banks and other regulated businesses must verify a customer’s identity to meet know your customer (KYC) requirements and anti-money laundering (AML) regulations.

“All businesses need to adhere to data protection laws which have triggered increasingly stringent company policies against theft and fraud. So, banks are well aware that identity is an integral part of their business.

“The problem is, the rise of big tech and fintech has altered customer expectations forever. Users expect service access to be as simple as a social media log-in. Banks sometimes underestimate how much it matters that identity and establishing mutual trust is easy.”

Hattel is joined at Signicat by Johan Tjärnberg, special advisor at Ingenico Group and previous CEO of Bambora, who as been appointed as chairman.