The subscription-based app works by calculating a user’s average monthly pay. If pay dips below this average in a certain month, the fintech automatically advances them an interest-free top-up to make up the difference. It uses open banking and its self-built credit decision engine to calculate the average.

Its seed funding round was led by UK and Berlin-based investor Hambro Perks, and Ascension Ventures which also backed the finance app for freelances Albert that Santander acquired in 2018. 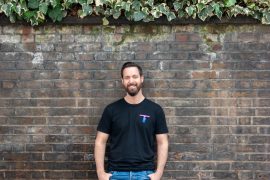 SteadyPay will use the investment to scale-up in the UK and reach 5,000 customers in the next 12 months. “This raise will further strengthen our commitment to service the UK’s gig-economy with a powerful and ethical solution to income volatility,” says co-founder and CEO John Downie.

Last year, it was recorded that 4.7 million people now work on gig economy platforms in the UK. This means just shy of a seventh of the some 32.54 million British workers are gig economy workers, according to the Office of National Statistics, the Trades Union Congress (TUC) and the University of Hertfordshire.

And its an economy that’s seen huge growth in recent years. Since 2016, it has more than doubled in size – in part because of the popularity of gig economy companies such as Uber and Deliveroo. Now one in ten working-age adults work on gig economy platforms, compared to the one in 20 recorded three years ago.

Founded in 2017, SteadyPay has just nine full-time employees. It already has two Financial Conduct Authority licenses for consumer credit and payment services. Joining the market at a time when many traditional pay day lenders have collapsed, the fintech is in prime position to reinvent the pay day lending market alongside other challengers.