Wisr, an Australian peer-to-peer (P2P) lending marketplace, has raised $35 million through a placement of around 181 million ordinary shares. The issue price for the placement is 18.5 cents per share.

New and existing “high quality” institutional investors took part in the round according to The Market Herald. 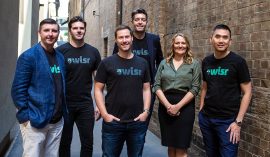 The company says it will use the funds to further development its main retail lending offering which allows users to borrow between $5,000 and $50,000, as well as to grow its overall business.

“Wisr will use the proceeds of the placement to support the scaling of the core lending business, the ongoing development of our ecosystem of category-defining products, continue to attract the best talent from across industries in Australia and strengthen the balance sheet,” says CEO Anthony Nantes.

Read more: How UK start-up The Money Platform is transforming credit for millennials

Founded in 2006, Wisr – which was rebranded from DirectMoney in March 2018 – claims to be Australia’s first neo-lender in the country’s consumer finance market and says it can offer interest rates 5% lower than the country’s big four banks: ANZ, CBA, Westpac and NAB.

CEO Nantes says the funding round is “a clear validation of Wisr’s strategy and vision to provide Australians with a smarter, fairer alternative when it comes to their personal finances, and our approach to redefining what a consumer lending company can be”.

The fintech will distribute the placement shares in two tranches – or securities. The first tranche is roughly 92 million shares and is expected to occur next week, while the second tranche – which is roughly 89 million shares – will be issued subject to shareholders approval after a meeting in March 2020.