The country’s banking association says it will determine the creditworthiness of companies wishing to borrow from financial markets, which will use financial resources more efficiently and support healthy growth of the Turkish economy. 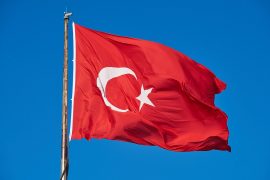 The plan could be interpreted as a step towards Turkey establishing a national credit rating agency.

Borsa Istanbul, the sole exchange entity of Turkey, will hold 18.5% of JCR Eurasia. Japan Credit Rating Agency, which is also officially recognised in Turkey as well as the US, Europe, Hong Kong, Indonesia and Thailand, will hold 14.95% of the company.

The remaining 51.6% will be split between Turkish private and state lenders including Ziraat Bank, Yapi Kredi and GarantiBBVA.