BRICS, the association of five major emerging markets – Brazil, Russia, India, China and South Africa – will back the development of a common payment system. 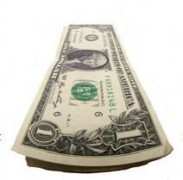 The BRICS countries want to reduce a reliance on USD

Kirill Dmitriev, head of the Russian Direct Investment Fund (RDIF), has said that integrating each of the group’s national payments systems into a common platform would be a reaction to increasing risks in the global payment infrastructure.

According to Reuters, the Russian official says that a BRICS payment system would encourage payments in local currencies and pin down sustainable investment among the five countries.

Dmitriev adds that the share of the US dollar in Russian foreign payments has fallen from 92% to 50%, while the rouble has risen from 3% to 14%.

The financial infrastructure of BRICS is maintained by two components: The New Development Bank (NDB), a multilateral development bank operated by the five states with a focus on lending for infrastructure projects, and the Contingent Reserve Arrangement (CRA), which aims to provide protection against global liquidity pressures.

The first mention of a group-wide payments standard first appeared in 2015, when Russia started consultations on a potential project. The country has been developing an alternative to the Swift payments protocol since 2014, when Western sanctions were levied at the country.

Russian Central Bank governor Elvira Nabiullina said earlier this year that its independent protocol would be ready to replace Swift and counter the possibility of Russia being cut off from the global payments network.

China, India, Iran and Turkey are said to have held talks with Russia over joint use of the new financial messaging system.

China operates the Cross-Border Interbank Payment System (CIPS), developed as an alternative or redundancy option in the event that Chinese banks lose access to the Swift network.