Portify, the UK-based fintech helping the gig economy predict cash flows and reduce income fluctuations, has just raised £7 million in a Series A investment round.

After landing a partnership with Deliveroo in Q1 of this year, the start-up says it wants to use the fresh funding to offer credit building and personal loans in a bid to boost the financial wellbeing of the UK’s modern workforce.

The start-up was founded by Entrepreneur First (EF) alumnus Sho Sugihara, who is an ex-McKinsey & Company consultant, alongside Chris Butcher, who was a software engineer at CharlieHR. 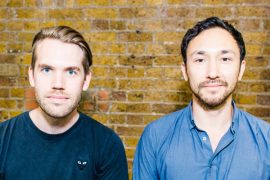 Its latest funding round, which arrives a year after its £1.3 million seed investment, was led by N26-backer Redalpine and saw participation from existing investors Kindred, which makes every entrepreneur it invests in a co-owner of its fund, and talent investor EF.

Targeting the self-employed traders and the part-time employed as well as the gig economy, Portify says it wants to focus on those with “flexible” incomes above the national average income who might need easy access to credit from time to time.

“Most firms require you to have full time employment, stable income and a credit score to offer you financial products,” says Sugihara.

“We don’t, because we’ve seen it’s increasingly the norm for the most ambitious people not to have this background. We’ve built our business around trusting modern workers before anyone else.”