The multinational ridesharing app Uber has rolled out its financial product line Uber Money, which serves both consumers and employed drivers. 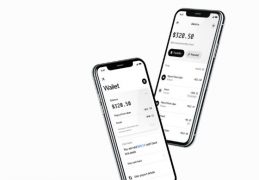 The financial products serve both consumers and employed drivers

With the relaunch of its Barclays-backed credit card, consumers can get 5% in Uber Cash to spend on other purchases made through the firm’s ride and food delivery services, whilst employed drivers can get paid after each ride instead of weekly or by cashing out through Uber’s ‘Instant Pay’ service.

“Regulations introduced over the past few years mean it’s now even easier to offer payments services as a non-bank,” says Martin Threakall, COO of Modulr, over email about the announcement. “But while Uber has the scale of users, […] as an outsider it may lack the knowledge or know-how to establish itself in what is a hugely complex financial services sector.”

Threakall anticipates the highly regulated environment to be a barrier for the big tech if they don’t collaborate with other fintechs, indirectly referring to similar companies such as Facebook and its Libra project.

Uber’s new financial product focused-team, headed up by Peter Hazlehurst, has also built an Uber Wallet for drivers set to be launched “in coming weeks”. After this a consumer solution will follow, helping them manage their money through the already-downloaded driver and consumer apps.

Read more: US challenger Current raises $20m in Series B, surpasses half a million customers

As for US drivers, and “expanding to more countries soon after”, the debit account and card already provided to drivers through Green Dot has been updated to integrate with their driver app, as well as offering cash back on gas starting at 3% and going up to 6% for ‘Uber Pro’ drivers.

Hazelhurst describes these new financial products as an opportunity to deliver “additional value for the Uber community, all at Uber speed”.

Before arriving at Uber, Hazelhurst’s career history has weaved its way through the likes of Nokia, Google, various foodtech start-ups and 70-year-old recruitment firm Boyden.

This leap his team has taken for the firm to now pay its drivers per ride comes after the gig economy protection bill which passed in California State Senate last month. This legislation has made it far more difficult for Uber to classify its workers as independent contractors, which until now has avoided the firm guaranteeing minimum wages and employee compensation for its drivers.

So whilst Uber is serving its drivers with a much-anticipated real-time cash flow offering, other areas such as working conditions are still under a lingering question mark.