US challenger Current raises $20m in Series B, surpasses half a million customers

Current, the New York-founded challenger bank ‘for modern life’,  has raised $20 million in a Series B funding round and surpassed the half a million mark in its customer base. 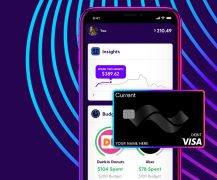 Beginning as a parent-controlled teen debit card in 2017, Current’s mobile-only offering began to shapeshift into a real-looking bank account, before prompting the release of its personal checking accounts earlier this year.

This round’s backers feel as though, amidst a cluttered and saturated neobank market, Current stands out for its focus on delivering better outcomes for the modern family.

As well as securing more funding and hitting a customer retention milestone, the fintech also announced it had expanded its already-established partnership with Visa. The details of this expansion were not specified by the challenger, simply saying the development will help it “to reach even more customers of varying demographics with joint marketing efforts”.

Current’s founder and CEO Stuart Sopp, who had a trading career through big banks BNY Mellor, Deutshche Bank, Citit and Morgan Stanley, believes “everyone should have access to affordable financial services [which] improve the chances for a better life”.

Calling the challenger’s rapid growth a testament to its product appeal, Sopp anticipates reaching more than 1,000,000 customers by mid-2020.

“We have deep experience from Wall Street, gaming, fashion and fintech that has allowed us to approach banking in a new way to serve the majority of Americans,” says Sopp, who sees the funding as an opportunity to execute this vision faster.