US challenger Chime goes down for millions of customers

US-based challenger bank Chime, which now serves more than five million accounts across its home country, left users in the dark when they were unable to use their debit cards or pay their bills. 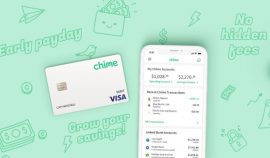 Supposedly Chime’s third outage since July, according to CNBC, problems began on Wednesday this week and persisted all the way until Thursday.

Hundreds of thousands of customers took to Twitter saying they couldn’t pay for gas or hadn’t received their direct deposits which they said they were supposed to receive on Wednesday.

Many users were also riled up by the fact they found out the bank was down through Twitter instead of official channels. Chime released a statement to customers on Wednesday: “Our processor is experiencing issues, resulting in our app and website being down,” the bank said.

The processor, Galileo, said it had suffered an “operational incident” on Tuesday which caused the outage at Chime and at compatriot challenger outfit Varo Money.

It wasn’t just the website and app which were down for Chime users. Card purchases, ATMs, transfers, mobile check deposits and automatic savings all saw outages, according to the bank’s status page.

One customer, Mike Hansen, said on Twitter: “After 2 hours of being unable to get gas, was finally able to pull $30 out of the ATM at Wawa […] Never heard of a bank shutting down completely for a day and letting nobody access their own money.”

Late Thursday evening the bank updated its status, saying “we’re aware that card transactions are down, and are working on bringing it back up as soon as possible”.

Chime CEO Chris Britt told CNBC that he acknowledges that the bank feels it has let users down. “We don’t take any of this lightly,” he continues, “we feel horrible about the experience our members had.”

The bank is yet to announce whether all banking services are fully restored, saying it’s “working around the clock” to do this.

Only last month, the bank experienced an outage over a weekend which prevented customers from using their cards or withdrawing money from ATMs.

Read on: Nationwide exec: Banks can’t do everything