JP Morgan embroiled in yet another racism scandal

US banking giant, JP Morgan, has been involved in yet another racism scandal, according to The New York Times.

The publication obtained two recordings of two separate instances of racial profiling in its Arizona, Phoenix branches in US. 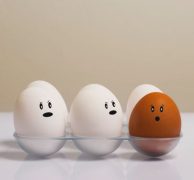 Kennedy was told he was essentially too black

“When [Jimmy] Kennedy, [a former NFL player] tried to become a ‘private client’ at JP Morgan Chase, an elite designation that would earn him travel discounts, exclusive event invitations and better deals on loans, he kept getting the run-around,” writes Emily Flitter.

At first, Kennedy didn’t understand why. Then, last fall, he showed up at his local JP Morgan branch in Arizona, and an employee offered an explanation.

“You’re bigger than the average person, period. And you’re also an African-American,” the employee, Charles Belton, who is black, told Kennedy. “We’re in Arizona. I don’t have to tell you about what the demographics are in Arizona. They don’t see people like you a lot.”

Suggested reading: Being black in the financial services industry

Kennedy recorded the conversation and shared it with The New York Times. That was only one out of the two recordings obtained by the publication showing instances of racial discrimination by the US bank.

Kennedy was told he was essentially too black. His financial adviser, Ricardo Peters, complained that he, too, was a victim of racial discrimination.

“What makes their cases extraordinary is not that the two men say they faced discrimination. It is that they recorded their interactions with bank employees, preserving a record of what white executives otherwise might have dismissed as figments of the aggrieved parties’ imaginations,” writes Flitter.

Peters started his career at JP Morgan as a salesman in the bank’s credit cards division, and after about eight years in various roles, he was promoted to a financial adviser position in Phoenix in 2016. His job was to help bank customers prudently invest their money. Peters had won numerous performance awards at the bank, but things soon started going wrong for him.

He was working in a JP Morgan branch in the affluent Sun City West area of Phoenix. He sought a promotion to become a private client adviser, a job that would have let him work with wealthier and more lucrative clients. The promotion never came. Instead, Peters was moved out of an office at the heart of the branch where he worked with other financial advisers and was relegated to a windowless room in the back.

Black customers are sometimes profiled, viewed with suspicion just for entering a bank.

The other recording obtained by the publication was when Peters complained to one of his bosses, Frank Venniro, that another financial adviser was trying to steal a prospective client: a woman who had just received a $372,000 wrongful death settlement after her son died. She was black.

Venniro told Peters on the recording, that there was no point in his intervening in the dispute, because the woman was not a worthwhile client. “You’ve got somebody who’s coming from Section 8, never had a nickel to spend, and now she’s got $400,000,” says Venniro, referring to the federal program that provides vouchers to help with housing costs and whose title is sometimes used as a racial slur. “What do you think’s going to happen with that money? It’s gone.”

“But I thought that’s why we get involved,” Peters protested. Venniro said no. “You’re not investing a dime for this lady,” he says. He knew from experience that she would quickly burn through the money. “It happens every single time.”

When Peters tried to argue, Venniro interjected. “This is not money she respects,” he adds. “She didn’t earn it.”

On 24 August 2018, Peters filed a formal complaint with the bank. He said he had alerted Venniro “that I feel that I am being treated differently because of my race and colour of my skin” and that Venniro had suggested that the solution was for him to work in the less-wealthy branch.

Less than two weeks later, JP Morgan agreed to pay $24 million to end a class-action lawsuit brought by other black employees who said the company had discriminated against them – in some cases by isolating them from colleagues and dumping them in poorer branches.

Venniro declined to comment. Patricia Wexler, a JP Morgan spokeswoman, says that Venniro was put on leave after inquiries from The Times and that he resigned last Thursday [5 December 2019]. “Our employee used extraordinarily bad judgment and was wrong to suggest we couldn’t help a customer,” she says. She notes that Venniro knew the client was in subsidised housing but didn’t know her race.

It’s no secret that racism has been baked into the American banking system. There are few black executives in the upper echelons of most financial institutions. Leading banks have recently paid restitution to black employees for isolating them from white peers, placing them in the poorest branches and cutting them off from career opportunities. Black customers are sometimes profiled, viewed with suspicion just for entering a bank and questioned over the most basic transactions.

This year, researchers for the National Bureau of Economic Research found that black mortgage borrowers were charged higher interest rates than white borrowers and were denied mortgages that would have been approved for white applicants.

Banks, including JP Morgan, say they are committed to eradicating the legacy of racism and they insist that any lingering side effects simply reflect stubborn socioeconomic imbalances in society as a whole, not racial bias among their employees.

In the last few years, competitors Wells Fargo and Bank of America paid racial-discrimination settlements for $35.5 million and $160 million, respectively.