AI: A force for good?

Last month, in the first of a two-part series, Nadia Sood, CEO at CreditEnable explores the potential pitfalls of AI when it comes to gender inclusivity and how its introduction can also help eliminate biases. 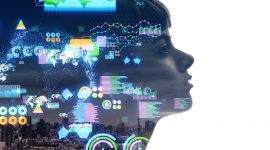 The link for this de-prioritisation is not necessarily irrational but can be linked to bias.

In this month’s article, I explore how AI can be applied as a force for good by financial institutions, allowing them to be more inclusive while also increasing their growth potential by increasing their pool of relevant clients.

Smart embedding of AI stands the chance of being a lifeline for lenders and their customers, just as it has been a lifeline – quite literally in medicine and biotech.

Lenders introducing AI responsibly can create truly personalised customer service and modernise a customer’s experience while also achieving inclusivity at a scale that was never possible. Lenders that don’t introduce AI effectively will certainly be left behind as incumbents use AI to reach out to new segments of customers and bring underserved customers more into the fold.

Areas where AI can drive significant value for lenders

Let’s review a few key areas where traditional biases have impinged lenders’ ability to grow and how this can change through the smart application of AI.

De-prioritisation of the SME Segment

The reasons for this de-prioritisation is not necessarily irrational but can be linked to bias.

Lenders have traditionally held a bias that SMEs should be lent to based on geographic proximity to a branch. The cause of this bias was not irrational but was driven by operational considerations. If a SME was close to a bank branch it could be followed up on more closely in person. This was historically important since SMEs were more difficult to assess from the perspective of risk as compared to larger companies because there was an immense data asymmetry between SMEs and large companies.

Businesses located in close proximity to bank branches could more effectively convey ‘soft information’ to their banker such as issues that might be occurring day-to-day that could in turn serve as early warning indicators of their ability to remain current with their repayments and help the bank more effectively manage their exposure to risk in this segment.

All of this has significantly changed.  SMEs produce significantly more data than they did previously and in electronic form. This, plus the introduction of open banking in the UK in other markets makes it increasingly easier for lenders to use AI to monitor SMEs performance and also to provide helpful insights on trends impacting on their SMEs even without maintaining close proximity to them.

Lenders that embrace AI to extend the geographic reach of their activities to include SMEs who are not close to them, will be the winners and those who continue to rely on this geographic bias will be the clear losers.

Lenders have traditionally assumed SMEs as a category to fall into a higher category of credit risk than their corporate counterparts. While all SME are clearly not the same in terms of their risk profiles, the reason lenders held this bias was again not an irrational one. The lack of good quality data or benchmarks and credit ratings on the SME segment meant that lenders couldn’t see the risk involved in lending to them and therefore had to rely on a relationship banking model to get the information out of the companies that was required to adequately assess their risk.

This in turn created significant issues. Firstly, risk determination became very subjective and tightly corelated to the interpretation of the credit analyst’s/branch manager’s view and ability to collect data rather than to objective interpretations driven by data. The irony of this was that this bias led to the introduction of processes that increased the risk for lenders of lending into the sector. If lenders had access to adequate data, they would have been able to identify the SMEs that were lower risk more easily and more cost effectively and could have serviced this sector profitably without necessarily incurring more risk.

AI has a clear competitive advantage to revolutionise things for the better in terms of accelerated growth without increasing risk.

AI helps us to spot the needles in the proverbial haystack. When all the hay looks the same, its ability to spotlight and analyse millions of data points at the same time, to see patterns and trends that are invisible to standard metrics, spells the difference between a SME failing for lack of working capital, or employing ten more people and boosting its exports.

It can also help spotlight the strong performing, good eggs in the lending basket without relying on a subjective interpretation from an individual. For instance, it can read between the lines in deciding whether to lend to an individual wrongly discounted because he comes from a non-entrepreneurial background, or to one unduly assessed as low risk because his father ran a successful company. This is especially important since neither predisposition has anything to do with the ability of the current company’s ability to service new debt.

We know AI can work effectively in this segment from experience. In blind tests with our lender partners, we are regularly able to identify organic growth opportunities that drive significant increase in the size of their book just by increasing their exposure to high credit quality SME clients, allowing lenders to grow their loan book by 10% or more year-on-year without adding infrastructure or head count. Through our use of AI, we have been able to reduce biases and help SMEs as well as lenders.

Predictive AI is also well on the way towards spotlighting and creating opportunity by safeguarding it, by warning of problems ahead. A SME might continue to prosper but its sector, market or outside forces affecting its trajectory may be deteriorating. AI in 3D sees the unseen, applies the warnings and provides an augmented reality that replaces the ‘whatever comes’ with the ‘what if?’.

Lenders that embrace AI to help them assess risk in this sector will be the clear winners given the sheer size of the $8.1 trillion market. Those who don’t will lag behind not only in terms of their growth potential but also in terms of their contribution to the overall health of the financial system they are meant to support. 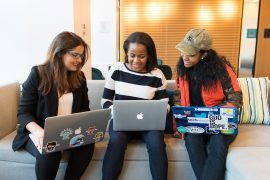 Even as recently as 2010, the differences in the level of racial segregation, home values, and credit scores were still clearly seen around the boundaries drawn.

Lenders have traditionally made assumptions about certain groups of minorities that has excluded them from a full participation in the financial system. These biases were often tightly linked to the biases explored in this series of features. Lenders that operated in lower income areas typically dealt with lower income clients and had lesser quality information about the risk involved with lending to them.

As an example, lenders in the US began practicing redlining in certain neighbourhoods in the 1930s. This denied certain neighbourhoods financial services because of their racial demographic, more specifically neighbourhoods with a higher black and Hispanic population. Even as recently as 2010, the differences in the level of racial segregation, home values, and credit scores were still clearly seen around the boundaries drawn. Census data has found that black and Hispanic applicants are denied financial services much more than white or Asian Americans.

This no longer needs to be the case, AI can help move the needle on including whole population groups that were otherwise excluded by introducing fair and objective criteria as well as decisioning based on objective criteria.

AI to increase the pool of relevant clients

Lenders that do this will be the clear winners. An objective analysis can highlight what racial or gender biases may cloud judgment, and lenders would be unable to filter out minority or women-owned businesses without first being made aware of their merits and creditworthiness.

A good example is the recent initiative by NatWest which has launched a programme called ‘Back Her Business’ aimed at supporting women who are starting businesses. Deputy CEO of NatWest, Alison Rose, found that the barriers women face have resulted in ‘unrealised potential’ of £250 billion for the UK economy alone.

One reason for this is lack of financing, and NatWest have teamed up with Crowdfunder to help businesswomen get started. They also provide free coaching, mentoring, and opportunities to meet other businesswomen. While such a campaign is useful for businesswomen to start accessing a small amount of funds – with AI, it could instead be wholly transformative. If such a campaign was powered by AI to analyse the performance of these women-owned businesses and provide recommendations, they would become more than eligible for funding from lenders such as NatWest.

AI has a huge potential to unlock the hidden gems for lenders on a transformative scale and to include huge numbers of people and business who despite the fundamentally positive contribution they make to their communities and economies are otherwise overlooked.  It needs to be applied smartly and in a targeted way by lenders, and if it is, the whole economy benefits.

This article is also featured in the summer November 2019 issue of the Banking Technology magazine.