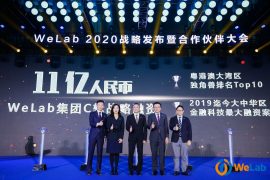 Simon Loong, founder and group CEO at WeLab, told Bloomberg that the new digital bank will be a fully owned subsidiary of WeLab. This means it will automatically have a virtual banking licence in Hong Kong, as WeLab secured one of these by the Hong Kong Monetary Authority in April 2019.

Loong believes “2020 marks the inflection point where the calls for supervision and governance are necessary, starting with regulated digital banks”.

As well as launching WeLab Bank, the fintech also wants to “further expand China’s business-to-business (B2B) partners to over 1,000”, as well as offer “proprietary privacy computing solutions” on the cloud platform in the second half of 2020.

The fintech currently operates in mainland China, Hong Kong and Indonesia, but when asked whether WeLab would look to go for one of Singapore’s virtual banking licence too, Loong told Bloomberg: “We’ve been looking at that market for a little while, we’ve been talking to different parties and we’re keeping a very close eye on this. Obviously, the way they plan to issue the licence is slightly from Hong Kong is doing it so we’re still thinking about it.”

As for the anti-government protests which have rocked Hong Kong for months following the plans to extradite the country to mainland China, Soong says WeLab’s pan-Asian diversification has meant these protests have not greatly affected business. Instead for him, the macro-economic trade war with the US is what “concerns [them] a little bit more”.

Read next: China gears up digital yuan with potential digitisation of ID cards ahead of 2020 launch