Ant Financial, affiliate of Chinese Alibaba Group, is set to raise $1 billion for an investment fund dedicated to Southeast Asian and Indian start-ups which sit in the payments and online finance industries, a person familiar with the matter told Bloomberg. 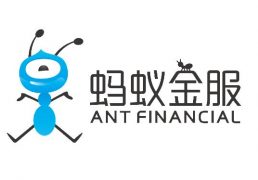 The $150 billion company already has an investment history in India

In a Beijing conference on Wednesday Ji Gang, vice president of Ant Financial, said the company was set to raise a fund but didn’t specify its size.

The $150 billion company already has an investment history in India. In 2015, Ant Financial became a backer of Paytm’s parent company One97 Communications, buying a 25% stake in the Indian fintech. Then last month the online payment services provider took part in Paytm’s $1 billion funding round.

But now “the frequency of shots […] is accelerating”, seeing more than 100 of these investments take place just in the last to years according to Gang.

“The cold winter is not necessarily a bad thing, […] [it] will eliminate unqualified investment entrepreneurs,” says Gang.