DBS Bank has partnered with a group of vendors and government bodies to develop a new open source trade finance blockchain project, the ICC TradeFlow platform. 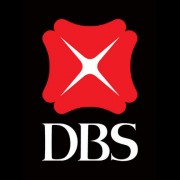 A $20 million pilot trade will be shipped later this month

The group claims that ICC TradeFlow will connect trade partners across borders and streamline manual paper-based trade processes to improve trade flows. The platform’s pilot trade of $20 million worth of iron ore will be shipped from Africa to China in November.

The platform is built on IMDA’s TradeTrust network infrastructure and powered by Perlin’s blockchain technology. It has been designed to be interoperable with existing and future digital trade platforms.

Tan Su Shan, head of institutional banking at DBS Bank, says: “DBS is pleased to lead the industry and work with global industry anchors such as Trafigura to co-create digital solutions to make the age-old business of trade finance more efficient, transparent and productive.

“By tapping into each other’s respective expertise in commodities and finance, our customers will be able to receive their goods at least 50% faster with much less paperwork.”

TradeFlow will be iterated upon, with updates including providing background information and credit ratings on trade participants, vessels and couriers planned for the future.

“We are pleased that Trafigura and DBS have leveraged the TradeTrust prototype in the ICC TradeFlow platform, and we look forward to work with more market participants globally to incorporate TradeTrust into their systems.”

According to a Deloitte survey, 53% of enterprise firms see blockchain as one of their top five strategic priorities, up from 43% in 2018. 86% of the same sample believed that blockchain technology will eventually achieve mainstream adoption.