Singapore’s DBS Bank has made its intentions clear with the unveiling of its locally incorporated wholly owned subsidiary, DBS Bank India Limited (DBIL). 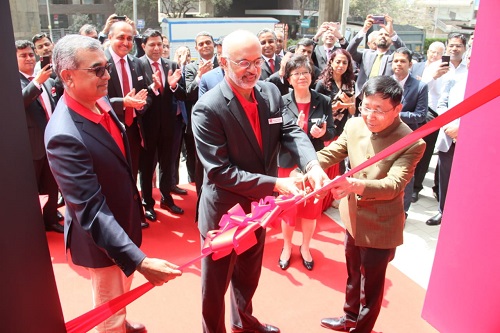 It’s not new to the country as DBS has been present in India for 25 years. It set up a representative office in 1994 and opened its first bank branch in 1995. It currently operates in 12 cities: Delhi, Mumbai, Bengaluru, Chennai, Kolkata, Pune, Nashik, Surat, Kolhapur, Salem, Cuddalore and Moradabad.

However, with DBIL, DBS is looking for more growth and to build greater scale in India through a “phygital” model to target large corporates, SMEs and individual customers.

Piyush Gupta, group CEO of DBS, says: “As an Asian bank, it is imperative that we take a long-term view of the region. We believe it is important to continue investing in Asia’s two biggest markets – China and India.”

In 2016, it launched digibank, a mobile-only offering in India. The bank says it has acquired over 2.5 million digibank customers in the nation. It also recently started piloting data-driven lending solutions for SMEs.

DBIL intends to establish over 100 customer touchpoints – a combination of branches and kiosks – across 25 cities in the next 12-18 months.

This month, DBIL will open nine new branches and extend its reach to Hyderabad, Ahmedabad, Coimbatore, Vadodara, Indore and Ludhiana.

In addition, it will expand within cities where it is already present in, opening branches in Andheri in Mumbai, as well as Gurugram and Noida in the National Capital Region. It will also open five branches in unbanked rural centres.

The bank established its largest technology and operations hub outside Singapore, DBS Asia Hub 2 in Hyderabad, in 2016.

Some media reports in India reckon that DBIL will hire around 1,000 more technology engineers for this hub over the next two years.