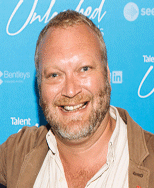 It’s the end of a five-year era as Neal Cross has left his role as DBS’s chief innovation officer (CIO) and joined Australian start-up PictureWealth as its chairman.

Cross is a well-known figure in fintech and one of the few people who speaks his mind – and entertains in the process – on the conference circuit.

In a literary touch, he cites the playwright Thomas Meehan to sum up his mood: “How lucky I am to have something that makes saying goodbye so hard.”

Cross adds: “During my time I have worked with some of the brightest minds in finance and will miss them dearly, but I won’t miss anyone as much as my team or as we refer to ourselves #teamawesome, the most passionate and creative people I have ever worked with.”

There’s too much to mention about DBS’s activities but this case study from last year will give you an idea.

Perth-based PictureWealth offers “financial happiness at your fingertips”. As a wealth management platform, it says it has gone from $0 million to $100 million funds under management in six months.

Cross won’t just be chairman for this new firm.

He has other projects on the go such as Orangutan conservation, a book, and working as an advisor on several projects across Asia and beyond. For the latter he notes “many of them outside of banking”.

The last word is a Cross word: “So maybe it’s not goodbye but more of a so long, or in the words of the immortal Douglas Adams – ‘So Long, and Thanks for All the Fish’.”